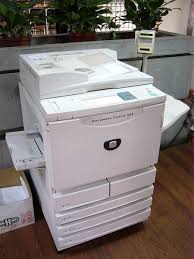 There was much in Xerox’s unsolicited and very much unwanted offer to buy HP for the latter to be skeptical about. The wisdom of a tie-up, Carl Icahn’s thirst for one notwithstanding, to begin with. But before getting to the whether, when and by what means these two companies should get hitched, or even the more fundamental question of why HP would want anything to do with a failing enterprise like Xerox, HP was skeptical of a $33.5 billion offer from a company worth $8 billion. With what one can only imagine was a paternalistic eye-roll and a somewhat dismissive, “Show me the money and then we’ll talk,” HP walked away.

Well, HP: Xerox has something to show you.

Citigroup Inc., Mizuho Financial Group Inc. and Bank of America Corp. have agreed to back Xerox by lending up to $24 billion, the company said in a public letter from Xerox Chief Executive John Visentin to HP’s board…. The new commitments represent a vote of confidence by major financial institutions in the logic of the deal and the combined company’s ability to generate adequate cash flow. It also underscores Xerox’s desire to be the buyer in a potential combination, according to people familiar with the matter, after some analysts have suggested it could be hoping for HP to buy it.

Which is all a long way of saying: This is about to get good.

Should HP continue to be unreceptive, it is conceivable that Mr. Icahn or Xerox would launch a proxy fight at HP in the coming weeks.

Xerox Firms Up Financing for Bid to Take Over HP [WSJ]