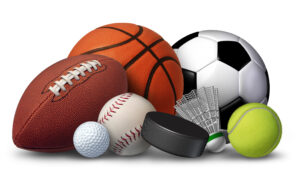 Online and overseas gambling operators have already demonstrated a high level of success in providing esports gambling options, with worldwide revenues projected to hit $12.9 billion in 2020. That projection was offered prior to anyone knowing about COVID-19 and could be even loftier given the current stay-at-home climate.

Why have esports betting offerings not received better traction in the United States until now?

“Firstly, there’s the issue of sport integrity — a major consideration in esports considering that the industry is known to have struggled with issues of cheating,” said Jason Chung, executive director of esports at the University of New Haven. “That’s why the Nevada Gaming Control Board required that sponsors of an event jump through hoops in order to approve an esports event for gambling such as providing a full description of the event, a comprehensive breakdown of how the wagers would be placed and how winning wagers would be determined and also satisfy regulators that the event was appropriately supervised.”

Brandon Pitts, the founder of esports mobile app One Up, has also experienced tremendous growth during COVID-19 and does not restrict his offering to Nevada. One Up’s offering allows users to agree to compete against others in games like Madden, Fortnite, and NBA2K for a wager of $5 to $10,000.

Pitts refers to this period of staying at home as an on-demand opportunity for people to monetize their skills while they sit around in quarantine. He said that from Q4 2019 to completion of Q1 2020 One Up has grown 427% in wager volume.

“Right now we are growing at a pace of 182% month-over-month,” Pitts added. “We’re doing over half a million in wagers every month. We have been on average ranked top 15 over the last 45 days above companies like FanDuel, DraftKings, UFC, and the NBA. Prior to that we were pretty consistently ranked top 50 to 75.”

While Pitts has focused his company on esports since its formation, other companies in the world of offering sports contests have shifted their offerings to more heavily rely on esports content during the coronavirus crisis. For instance, PrizePicks founder Adam Wexler said that its League of Legends contests on the daily fantasy sports platform serve as the app’s top market right now and that he expects more mainstream-accessible markets like Counterstrike, Call of Duty, and RocketLeague to catch up as more casual sports fans test out fantasy esports.

“As the overwhelming majority of sports leagues around the world were suspended one by one, esports quickly became the most compelling type of market we could offer,” Wexler explained. “Rather than trying to rely on Russian table tennis or Japanese sumo wrestling, which would be set aside as soon as more compelling markets became available again, we have always viewed esports as a growth market opportunity.”

Wexler is not alone. Nic Sulsky, who serves as president of the daily fantasy sports platform Monkey Knife Fight, said that his company’s esports active users are up 20 times from last year at this time and that Monkey Knife Fight is growing more than 25% week-over-week in its esports offerings.

“As with any company that experiences explosive growth early on, we had been primarily focused on maintaining and enhancing the products that were our key drivers and, pre-COVID, those products revolved around the main North American professional sports (NFL, NBA, MLB, NHL and golf),” Sulsky said. “What this pandemic has allowed us to do was to shift our focus to building, testing, analyzing and enhancing this other truly exciting revenue stream. We have dedicated resources to building our esports portfolio and exposing our brand to that undeniably attractive market.”