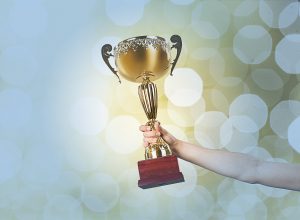 Somewhere amid the world falling apart and being a little understaffed at Above the Law, we realize we never put out our annual “Lawyer of the Year” contest. So, like the Oscars, we’ll crown the best of 2019 several weeks into 2020.

For the unfamiliar, this honor functions a lot like Time’s Person of the Year, recognizing the most newsworthy attorney of 2019. There can be good attention or bad attention, but this is about the attorney who most dominated the headlines in 2019. And, yes, we do mean the Above the Law headlines, so there’s a bit of a skew toward the lawyers who made us laugh.

Without further ado, here are the nominees:

Rudy Giuliani: He kicked off the year worrying about how often he’d been caught lying for Trump and trying to insert himself into the impeachment inquiry. By the end of the year, Rudy had transitioned to the role of client, coming under increasing scrutiny with his old cronies starting to sing to prosecutors. Few attorneys were as reliable for an Above the Law forehead-smacking headline last year — a real achievement no matter how this all turns out.

“Bowl Of Dicks” Guy: Depositions can be frustrating. One attorney told the world how he felt about them and found himself the subject of an ex parte motion for relief. Christopher Hook may not have had the whole-year staying power of Giuliani, but he lit up our lives with “Fuck you crooks, eat a bowl of dicks” and “I’m going to let the long dick of the law fuck Allstate for all of us.”

Michael Avenatti: We’ve never had a back-to-back Lawyer of the Year, but Avenatti made a case for himself. In 2018, Avenatti was everywhere, challenging the White House, bringing down Michael Cohen, toying with a presidential run… the guy owned that year. In 2019, his fortunes took a dramatic turn with multiple indictments, an arrest, a trip to solitary, and a conviction.

Pam Karlan: The Stanford Law professor and former DOJ official delivered a bravura performance at the impeachment hearings, prompting arguably the most bizarre faux outrage of the year when right-wingers decided saying Trump couldn’t give his children titles of nobility was an egregious assault on his child. It was a controversy that still I’m still not sure wasn’t a fever dream.

Alan Dershowitz: What didn’t Dershowitz do in 2019? He demanded those accusing him of being involved with Jeffrey Epstein’s sex trafficking efforts sue him for defamation. So they did. Then he defended Epstein’s slap on the wrist deal in a bid to enter the Hot Take Hall of Fame. Then Boies sued him. And while the impeachment trial didn’t happen until 2020, Dershowitz managed to get himself front and center on it through the latter half of 2019.

Honorable Mentions: We also got some nominees submitted who don’t really fit the “dominant newsmaker” parameters, but we thought deserved a quick shout-out nonetheless.

Matthew Dowd: From working with Judge Posner and David Boies on a major pro se battle to litigating John Steinbeck’s legacy, Dowd had an eventful year being a real lawyer. And yet his professionalism meant he largely stays out of the limelight.

Michelle Browning Coughlin: The founder of MothersEsquire and partner at Wyatt Tarrant & Combs is working hard to make sure that continuances for parental leave become mandatory and that courthouses across the country provide adequate accomodations for breastfeeding mothers. She also published My Mom, the Lawyer in late 2019.