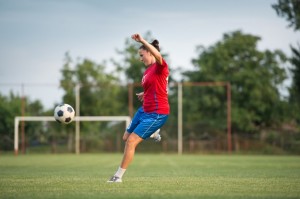 Seyfarth’s now infamous U.S. Soccer Federation brief explaining why female soccer players deserve less money because they have nicer fans and the audacity to get pregnant managed to cross another threshold on the way to the litigation Hall of Fame: it got the client fired.

U.S. Soccer president Carlos Cordeiro stepped down yesterday after the organization’s brief started making the rounds. As a reminder, this is a brief that attempted to justify the wage gap between men and women by dissing the women’s game and hyping the “materially higher level of speed and strength required to perform the job of an [men’s] player.” It was a filing so monumentally flawed and stupid that it takes a real deep dive to fully appreciate how bonkers it was.

It was a legal misstep so intense that all the money behind the organization went out of the way to back the players. It’s sad to think that if the sponsors didn’t revolt, this guy would probably still be calling the shots, but they did so let’s close our eyes and pretend this would have happened no matter what.

Earlier: U.S. Soccer HAS To Pay Men More, Because Playing For A Crowd Of Hooligans Is A Big ‘Responsibility’