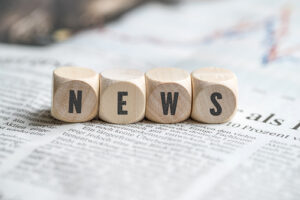 This is a story about law school and COVID-19, but it’s remarkable how it’s basically a redux of this post about divorce law in the UK. In that story, a man who caught his lawyer wife cheating asked Reddit if he should trust her legal advice that the divorce would be a lot better for him if he just never brought up this whole adultery thing. The wisdom of crowds replied, “Of course not.”

Because when someone has a vested interest in keeping something quiet to your detriment, they probably don’t have your best interests at heart.

Now comes the University of Georgia School of Law, which isn’t offering any pass/fail options at this time because the curve must go on!

According to tipsters, the school’s defense is that the University System of Georgia is blocking the modification so it’s out of the law school’s hands. Certainly everyone has a higher master, and if the system is blocking accommodations, there’s not much the law school can do. And it wouldn’t be shocking if that were the case since Governor Brian Kemp spent the last couple weeks trying to stay simpatico with Trump on the virus. He even decried fake reports that Georgia was in an emergency, which was an ironic twist since Kemp won his office by… spreading false reports. You’d think he’d be more sympathetic.

But it seems UGA Law officials are counseling students not to talk to the media or the University System of Georgia which seems suspect because if this is really USG’s policy that would be exactly who students should be contacting. “They said we don’t want to throw away ‘the good faith and effort the faculty had tried to build’… and throw the school under the bus.”

Like the cheating wife’s legal advice, when someone tells you not to contact the media, it should raise a red flag that you should definitely contact the media. Their motive is in protecting themselves and not necessarily you. And, assuming this really is some edict handed down upon the law school, it’s fair to be sympathetic to their position. They will likely get blamed by short-sighted bureaucrats for “allowing” the students to lodge complaints and that sucks for them. But in the legal world, you have to protect your interests and if students feel that a pass/fail option is in their best interests, they need to be spreading the word.