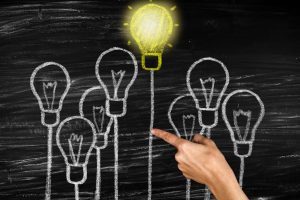 I am reading Non Obvious Megatrends: How to See What Others Miss and Predict the Future. Written by Rohit Bhargava, who has spent a large part of his career at big ad agencies and who identifies as a futurist and innovator, it is the latest in a series of books he’s written called the “Non Obvious Trend Series.” This is the first book of his that I have read. He has some ideas that lawyers can apply to our own lives and careers (note that I wrote “lives” before “careers.”)

What I have found most useful so far is the section on nonobvious thinking.

Bhargava draws on the research of Stanford psychology professor Carol Dweck, who says that people have either a fixed mindset or a growth mindset. In the former, the ability and skills are set, while in the latter, it is expandable, open to new ideas and new experiences.

What is nonobvious thinking, and how do you do it? It takes a growth mindset, the attitude that there is always something new to be learned, a new way of doing something, a fresh approach to a problem that has stymied resolution. Nothing is set in concrete in a growth mindset. The growth mindset peeps are innovators and disruptors, unsatisfied with the status quo.

In the first part of the book, Bhargava describes the five mindsets of nonobvious thinkers. The first mindset is to be observant, to see what others miss. That’s very hard to do in these days of smartphone addiction, of people totally focused on what is on the screen, rather than the world around them. They miss so much by missing important clues in body language, speech patterns, and how people react.

Years ago, I conducted a wholly nonscientific experiment on Manhattan’s Upper East Side. I walked the block from Third Avenue to Lexington along 77th Street. I did not see one single person who looked at me. Every last one of them was fixated on a screen, even those with strollers and dogs; no one paid me any attention. Have we lost our powers of observation? What do we see when we really look? Do we even care anymore? We should, as it’s a vital skill for good lawyering.

Another mindset of nonobvious thinkers is to be curious, always asking why. I think that depends on the setting as to whether this is a good idea. We’re all told in law school — or at least we should have been — “never ask a question that we don’t know the answer to.” Certainly in adversarial situations, that mantra makes sense. However, when interviewing a client, you want to know the full story, you want to be curious about what the client has told you and, even more importantly, what the client hasn’t told you, what the client has left out, whether inadvertently or intentionally. Consider the circumstances and the setting.

Be thoughtful, another mindset of nonobvious thinkers. I think more problems could be resolved if we would just slow down and think before we speak. But we tend to function in a “ready, fire, aim” mode, so hurt feelings and the like lead to the exchange of nasty emails that lead to litigation, where no one wins (except the lawyers who bill the hours). It’s so hard in the heat of litigation to see the other side, to understand that the opposing side’s ideas may be equally valid.

The most difficult conversation for any attorney to have is to tell that client that the opposition has valid points to consider. How many times have I (or you) heard the clients wail that we are “taking the other side?” If they only knew how wrong that was and how what we were doing is trying to protect the client from legal and financial trainwrecks.

Yet another mindset of nonobvious thinkers is to be fickle. Allow ideas to soak in before analyzing them. Collect ideas and then give them time to marinate. How many times have you had a brilliant idea for your litigation strategy right off the bat? Your negotiation tactics in a huge deal? Usually the best ideas, the most strategic ideas don’t happen overnight. You think about them, consult with others before deciding whether it truly is a brilliant idea or not. Being fickle means not being wedded to any one idea, to be flexible enough to figure out whether something makes sense or not.

Lastly, the final mindset is to be elegant, and that doesn’t mean in how you dress. Write simply. How many times has a client said that she didn’t understand a word of the memo because it was written in legalese? How many times have we been asked if we bill by the word? What about writing it simply from the get-go? Clients don’t want law review articles or an analysis of all the cases in the area. They want elegance, although they don’t know that’s what they want.  They want simplicity and advice that is to the point. It’s the old “KISS” method — “Keep It Simple [or Short] Stupid.”

So, which mindset are you? Today, more than ever it’s imperative to have a growth mindset. We have to expand our thinking in how we practice. As we’re seeing, the fixed mindset ways of doing things doesn’t cut it anymore.