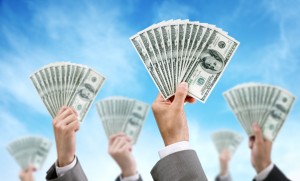 It’s that time of year again! Now that the scene has officially been called on 2019, the financial performance of Biglaw is up for scrutiny. It’s still early in 2020 of course, so not everyone is ready to report their results, but the  venerable firm of Morrison & Foerster is ready to report a pretty darn good 2019.

MoFo’s numbers are up across the board. Revenue is up 10 percent, bringing their number to $1.15 billion. Revenue per lawyer? Also up by a margin of 4 percent to $1.14 million. Average partner compensation is up 4.9 percent to ~$1.5 million. And the gold standard of Biglaw, profits per equity partner, also saw an increase of 3.3 percent to $2.05 million.

And as Larren Nashelsky, the firm’s New York-based chairman, told Law.com, the great 2019 is part of a trend, “Our 2019 performance comes on the heels of two prior exceptional years.”

Speaking of 2018, last year the firm posted a 14 percent increase in PEP, but that boost was on the back of a drop in equity partner head count — by 25 percent — and ballooning nonequity ranks by 50 percent. But that doesn’t seem to be part of a trend. In 2019, the firm only lost one nonequity partner and 14 equity partners were added. The change wasn’t part of some grand strategy, according to the firm:

Nashelsky said the change in the equity partnership numbers was not part of any overall plan.

“I don’t know that it was a conscious strategy. We really are recruiting the best and the brightest. In some years they fall more in one category than the other,” Nashelsky said.

Speaking of hiring the best and brightest, MoFo made some power moves this year on that front, growing the number of attorneys to over 1,000 and opening two new offices in the process:

The new Miami office launched in June as it poached nine Greenberg Traurig attorneys, including Greenberg’s Miami corporate co-chair Randy Bullard, who made the jump to help serve firm client SoftBank. Since their move, Bullard and his team have advised on several SoftBank deals, with the latest being a $125 million Series B investment into Latin American fintech company AlphaCredit.

Congrats to MoFo on its stellar 2019.