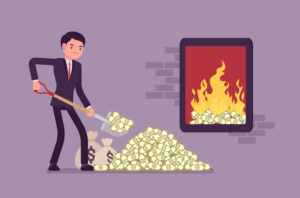 Total spending on the United States military, for the period of October 1, 2020, through September 30, 2021, is estimated at $934 billion. We spend more on our military than do the next seven highest-spending nations combined. China, our closest competitor for military spending, spends about only 36 cents on its military for every dollar we spend on ours.

Some of that money is well-spent. $105 billion goes to the Department of Veterans Affairs for the medical and other benefits we’ve promised our veterans. $69 billion is earmarked in the Department of Defense budget to fund overseas contingency operations to fight the Islamic State group. On the other hand, some of this money is spent very poorly, like that flowing to bases that the Pentagon itself repeatedly insists are superfluous, are needlessly costing billions every year, and should be closed.

Meanwhile, the budget of the Centers for Disease Control and Prevention was just $7.625 billion in fiscal year 2018, was $7.283 billion in fiscal year 2019, and dropped to $6.594 billion under the President’s Budget Request for fiscal year 2020. Only a tiny sliver of our national security budget is spent on cybersecurity, to fend off things like the cyberattacks Russia actually constantly throws at us. Trump’s proposed federal budget for fiscal year 2021 did not include one dollar for combating climate change, which has been called “the greatest threat to human health in history,” and is already costing thousands of lives and billions of dollars in property damage every year.

Why are we spending so much less (or nothing at all) to address actual threats we are facing than we spend to maintain a military apparatus aimed at early 20th century style nation-state sponsored military threats? Perhaps it’s blind, unthinking patriotism (which is not patriotism at all, if you ask me). You don’t get to throw a Fourth of July parade and wave little flags and feel superior to citizens of other countries by preventing a pandemic that no one knows was prevented, or by quashing a cyberattack that no one ever hears about. You just get to nobly, quietly save lives, and you will never get credit for it.

There are military experts who recommend that we keep building military capabilities where it makes sense, like in the continued expansion of special operations capabilities, and pay for it by cutting nonsensical military costs, like the F-35s, which are part of the costliest weapons system developed in history but can be outperformed by an unmanned drone. The same idea should be applied more broadly to the entire concept of national defense.

There is not a tug-of-war between military spending and preventive spending on things like pandemic, cyberattack, and climate. These are all types of national defense spending, and should be thought of that way. When we spend our pooled resources to protect our citizens, that’s national defense spending, and we should spend more on the actual threats we face. Hell, let’s just make the CDC the seventh branch of the military after the Space Force if that’s what it takes to make health spending a priority.

In the 1930s, the French constructed an elaborate defensive barrier known as the Maginot Line. It utilized the latest technological components, but was still based on the concept that during World War I, certain fortresses held out against the slow, sustained pounding of German artillery. But World War I was over. The Maginot Line didn’t hold out well against the threat France actually faced as the 1930s drew to a close: Blitzkrieg. The French were quickly outflanked and overwhelmed.