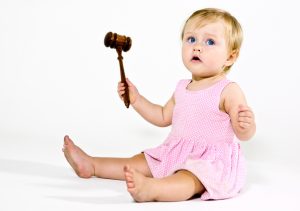 As astute readers know, New York is lagging behind the rest of the country as one of the few remaining jurisdictions in the United States that does not permit compensated surrogacy. And while a handful of jurisdictions once also had this legal prohibition, most have reversed course. Fortunately, New York has been looking poised to do the same with the smart, well-drafted Child-Parent Security Act. However, that’s a separate bill — and quite different from S7717.

Last year, the Child Parent Security Act (CPSA) came very close to passing. But then it didn’t. Instead, it fell victim to the legislative sausage-making process.

After passing the Senate, and having the full and vocal support of Gov. Andrew Cuomo, it was never brought up for a vote on the Assembly floor. So eventually, it died at the end of the 2019 legislative session. It didn’t help that at the last minute, noted feminist icon Gloria Steinem, published an incendiary op-ed against surrogacy.

So incendiary that some people had to do some real soul searching as to whether we were still, in fact, feminists, while Steinem argued that permitting compensated surrogacy was exploitative of women. It was sort of surreal to hear Steinem on the side of having the government tell women what they can and can’t do with their bodies.

However, after all that, this should be the CPSA’s year. Except now comes along S7717, which looks like an attempt to muddy the waters.

The CPSA takes the approach of following the generally accepted standards and best practices concerning surrogacy arrangements, including those recommended by the American Society for Reproductive Medicine (ASRM); S7717, in contrast, takes a very different approach.

To give it some credit, it does seem to provide a clearer path for compensation for “genetic surrogacy” –- where the surrogate is genetically related to the child. However, most surrogacy in the United States is “gestational surrogacy” –- where the surrogate is not genetically related to the child. She is, instead, providing a way to help intended parents, who could not have a genetic child otherwise, bring their child to birth. Here especially, S7717 takes a new and strange direction.

Consistent with that madness, S7717 provides that hopeful intended parents can only be judicially recognized as the sole legal parents of the child after the surrogate submits a written declaration — no sooner than eight days following the birth of the child — stating that she is voluntarily consenting to disclaim and renounce her parental rights. But until such a waiver is submitted, the surrogate retains decision-making responsibility for the child (but still not financial responsibility). Whoa. That does not sound right.

Denise Sidelman, a New York attorney and member of the Academy of Adoption & Assisted Reproduction Attorneys (AAAA), described how S7717’s approach to parental rights would undermine the foundational principles of ethical surrogacy, jeopardizing the legal relationship between intended parents and their children.

S7717 is like being offered a bouquet of sad, wilted flowers right before the beautiful long-stem roses are about to arrive. They’re both, technically, plants. But one is so unappealing that you suspect something is amiss. Too bad that S7717 is so narrow and restrictive, along with being well out of line with medical and professional standards. Good thing those roses are still on the way. The CSPA. No reason to settle for less than good public policy.