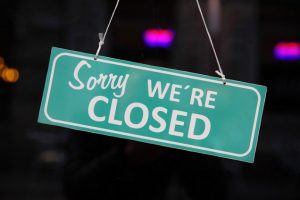 Pierce Bainbridge Beck Price & Hecht had some pretty lofty goals. The litigation boutique claimed to be “the fastest-growing law firm in the history of the world,” and boasted they were “creating SEAL Team Six of litigation.” But according to a report by Law360, the dream is over and the firm is shuttering its doors.

According to reports, COO and deputy general counsel Camille Varlack and CFO Kevin Cash told attorneys at the firm on Monday that the firm would begin winding down operations on Wednesday. Sources at the firm also reportedly were told they will not receive their next paycheck, scheduled for April 30th.

The firm has been steadily losing attorneys over the last six months — approximately 50 over that time frame. The firm also reportedly laid off ~10 attorneys on April 1st. As of Monday, the firm was left with about 20 attorneys. A current attorney at the firm told Law360 about the wind down:

“If you don’t have any clients and you’re not the senior attorney on any cases, you can just walk away,” one current attorney said of the wind down. “But if you are, this puts you in a very difficult position, particularly if you have court deadlines coming up.”

Leading up to the wind down, the firm also experienced a bunch of shake up at the top of the firm:

John Pierce took a leave of absence in March amid allegations he’d taken out a personal loan using the firm’s assets as collateral. In a statement given to The American Lawyer at the time, a firm spokesperson said a “preliminary investigation” had corroborated that he took out a personal loan, but Pierce himself has not publicly commented on the matter.

Plus David Hecht left the firm in March. So perhaps it isn’t a real surprise that the firm is closing its door.

Best of luck to the Pierce Bainbridge attorneys as they try to figure out the next step in their career, amid a global pandemic.