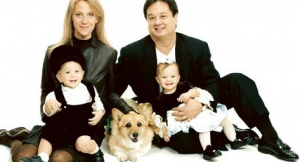 Listen, you’re a busy lawyer. You don’t have time to keep up with the vastness of the internet. Plus, in case you haven’t noticed, there is an impeachment trial going on. That spectacle, presided over by Chief Justice Roberts, is sucking any spare time you might have. But that doesn’t mean some hilarious ish isn’t going down on the interwebs.

Take, for example, the Twitter feed of George Conway. Conway is notable in Biglaw as a litigator at Wachtell who had some conservative-leaning political aspirations. But, as we all know by now, he is also married to counselor to the president Kellyanne Conway. And he doesn’t like his wife’s boss. Like, not at all. Like he’s started a fund, The Lincoln Project, to make sure Trump gets defeated in 2020 and his wife is out of a job.

As interesting as that is to watch from afar, Conway has doubled down on the Trump attacks. Just the other day, he went on a Twitter screed slamming the president for some of the most egregious mistakes he’s made while in office. It’s a shade-filled walk down memory lane; actually, it bypasses shade and gets to full-on dunking on the president. Anyway, it would be an entertaining thread regardless of who put it together, but once you know Conway’s personal connection to the president, well *chef’s kiss*.

I have to say that really is my personal favorite. @realDonaldTrump is there trashing the presidents of Latvia, Lithuania, and Estonia for the breakup Yugoslavia, and they’re like, WTF. And then it dons on them—Balkans, Baltics … buffoon.https://t.co/ecZ4a9qOx1

And in 2019, @realDonaldTrump remained blissfully ignorant, and confused about, the distinction between England and the UK. He seems to think that England changed its name. Maybe a branding thing. Who knows. https://t.co/QIYE4lYTEd