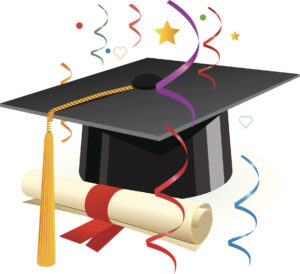 Last week, the White House brought back Johnny McEntee, the 29-year-old former Trump body man who’d been frogmarched off the premises by John Kelly for tax and gambling issues. As head of the Presidential Personnel Office, McEntee will be overseeing an executive branch purge of disloyal saboteurs and Deep State holdovers, who are allegedly responsible for Trump’s failure to implement his glorious agenda to make America great again.

Axios reports that “Trump feels he’s surrounded by snakes and wants to clear out all the disloyal people,” so McEntee summoned representatives from each of the agencies last Thursday to draw up their lists of “political appointees across the U.S. government who are believed to be anti-Trump.” Almost 70 years to the day after Joseph McCarthy claimed, “I have here in my hand a list of 205 people that were known to the Secretary of State as being members of the Communist Party and who nevertheless are still working and shaping the policy of the State Department.” You cannot make this shit up!

And yet, that’s not the crazy part. Because who better to carry out this hunt for splittists and closet liberals than a 23-year-old college senior completing his bachelor’s degree at nearby George Washington University?

Now before you go jumping to the conclusion that James Bacon is wildly out of his depth like that other 24-year-old the White House tried to put in charge of the Office of National Drug Control Policy, we’ll have you know that this guy has held multiple positions in your federal government.

James Bacon, 23, is acting as one of the right-hand men to new PPO director John McEntee, according to the officials. Bacon, a senior at George Washington University pursuing a bachelor’s degree, comes from the Department of Transportation, where he briefly worked in the policy shop. Prior to that role, while still taking classes, he worked at the Department of Housing and Urban Development, where he was a White House liaison, according to two other officials. At HUD, he distinguished himself as Secretary Ben Carson’s confidential assistant, according to two other administration officials.

Plus he worked with McEntee on the Trump campaign. So he’s totally equipped to differentiate between at-will political appointees and civil servants with legal protections. Although, apparently, that’s no longer an issue in the Trump administration.

“There are a lot of people out there working against this president. If we find them, we’ll take appropriate action.” pic.twitter.com/mBKTJBsGda

“Time and time again we see in the media reports from people in the bowels of the federal government working against this president,” thundered Gidley, before moving on to the obligatory Peter Strzok and Lisa Page reference.

When asked if the federal employees on McEntee’s lists would be fired, Gidley responded, “It’s not a secret that we want people in positions that work with this president, not against him, and too often we have people in this government—I mean the federal government is massive, with millions of people—and there are a lot people out there working against this president and if we find them, we’ll take appropriate action.”

It’s not clear which “millions” of federal employees Gidley thinks owe personal fealty to the president. As Government Executive reports, there are only about 4,000 political appointees across the entire executive branch. Why Gidley thinks he’s entitled to purge the bowels of the federal government is unclear. But don’t worry, because the former UConn quarterback and some 23-year-old from GW will doubtless be familiar with the vagaries of federal employee protections and refrain from improper retaliation against expressions of opinion protected by the First Amendment.