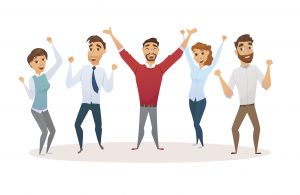 Yesterday, we learned that the University of Virginia School of Law informed a member of the class of 2022, Frannie Skardon, that the school felt she would have to withdraw and retake her classes in 2021 because she was called up as a member of the New York Army National Guard. The school gave her 24 hours to explain why she should be able to stay in school to the Academic Review Committee.

We’re happy to report that the Committee is welcoming Skardon back to class.

Skardon informed the public in a letter to the editor of Virginia Law Weekly:

I would like to thank every person who signed my petition, wrote a letter, or shared my story. I am very moved at the outpouring of support and cannot thank each one of you enough. In less than a day, I received over 140 emails and 5,700 signatures.

This is one of those stories — often rare in the legal world — where common sense prevailed. Skardon’s prior statement made clear that her unit had adjusted her work schedule to allow her to remain fully engaged in class, so there really was no reason to turn her away.

But there really was no reason to have put her through any of this in the first place. As we pointed out yesterday, Columbia faced the exact same issue and celebrated the student rather than create an arbitrary 24-hour review process. Tipsters from UVA Law told us overnight that the students and faculty were more or less in lockstep in supporting Skardon’s plight. This is just one of those unfortunate situations where somewhere along the chain, someone decided to let the text overwhelm common decency.

Thankfully, the school ultimately got it right.

Earlier: UVA Deciding Whether To Force Student To Withdraw From Law School Because Her National Guard Unit Was Called Up