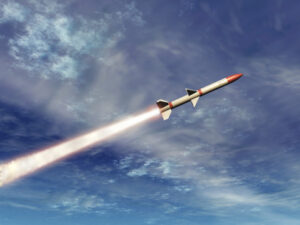 Timing is everything! Just as Chief Justice Roberts is being sworn in for Trump’s impeachment trial, the non-partisan Government Accountability Office is here to officially label his conduct a crime. In a report issued this morning, the GAO found that Trump’s hold on congressionally-allocated defense funds for Ukraine, implemented by the Office of Management and Budget, was an illegal violation of the Impoundment Control Act.

Faithful execution of the law does not permit the President to substitute his own policy priorities for those that Congress has enacted into law. OMB withheld funds for a policy reason, which is not permitted under the Impoundment Control Act (ICA). The withholding was not a programmatic delay. Therefore, we conclude that OMB violated the ICA.

Donald Trump will shortly be tried in the Senate for withholding defense funding from Ukraine while his personal attorneys and fixers were leaning on that country’s government to announce an investigation of Joe Biden. We’ve all “Read the Transcript!”, as we have so frequently been exhorted by the President’s Twitter feed, so we’ve all seen him ask President Volodymyr Zelenskyy to “do us a favor, though” while choking off desperately needed cash to fend off the Russian army.

The White House and Office of Management and Budget insist that the delay was necessary for Donald Trump, who has long inveighed against the unfairness of the Foreign Corrupt Practices Act’s ban on paying bribes overseas, to satisfy himself that Ukraine is a worthy recipient of American largesse. (Never mind that almost all of it was coming right back to us because it was earmarked for arms purchases from U.S. manufacturers.)

OMB staffers claim that the nine “temporary holds” they placed on the Ukraine funds were merely “programmatic,” and so, as long as the money was eventually spent during the fiscal year, that no reporting to congress of unspent money was needed. The Pentagon disagreed, and as the summer wore on, the Defense Department grew increasingly frantic that they wouldn’t be able to get the money out the door in time and it would wind up back in the Treasury. Then they’d have some serious ‘splainin’ to do!

And if wading through dozens of pages of emails where OMB’s national security program director Michael Duffey bullies the Pentagon’s chief auditor, Elaine McCusker is your thing, then Just Security has got you covered.

Truly, the September 9th nastygram where Duffey tried to pin the blame on the DOD was a masterwork of blame-shifting fuckery.

DUFFEY: If you have not taken these steps, that is contrary to OMB’s direction and was your decision not to proceed. If you are unable to obligate the funds, it will have been DoD’s decision that cause any impoundment of funds.

McCUSKER: You can’t be serious. I am speechless.

But it turns out McCusker was right all along, as the GAO reported today:

OMB’s assertions have no basis in law. We recognize that, even where the President does not transmit a special message pursuant to the procedures established by the ICA, it is possible that a delay in obligation may not constitute a reportable impoundment. However, programmatic delays occur when an agency is taking necessary steps to implement a program, but because of factors external to the program, funds temporarily go unobligated. This presumes, of course, that the agency is making reasonable efforts to obligate. Here, there was no external factor causing an unavoidable delay. Rather, OMB on its own volition explicitly barred DOD from obligating amounts. [Internal statutory citations omitted.]

Surely OMB staff are duly chastened and will resolve to cooperate with congress and ensure its spending power under the constitution faces no further encroachment.

Just kidding. These guys flatly refused to cooperate with the GAO and will keep stonewalling oversight forever. But if things don’t go their way in November, they might want to think about lawyering up.

And who says Admin Law’s not SEXY!