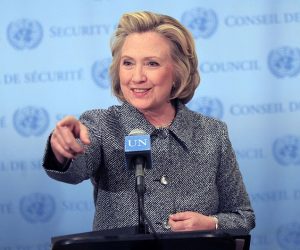 This morning, Tulsi Gabbard’s attorneys filed a lawsuit in the Southern District of New York alleging that the former Secretary of State had “smeared” Gabbard’s “political and personal reputation.” Clinton spokesman Nick Merrill, quoted in The Hill, said “that’s ridiculous.” Calling Hillary Tulsi’s, “political and personal rival” as opposed to someone who could barely point her out of a lineup might be ridiculous, but the crux of the suit — that Clinton tried to brand a woman as an agent of foreign power because she doesn’t tow the party line in an effort to discredit Gabbard’s political career — doesn’t seem like much of a stretch at all actually.

Gabbard’s political career was starcrossed out of the gate: a Democrat with an anti-LGBTQ past and a hawkishness on Islamic “terrorism” that veers a bit too close to racist anti-Muslim tropes for most of her party’s comfort. She also said impeachment would only improve Trump’s chance of reelection, which she’s probably right about but still isn’t winning her any career points. She is never going to be the party’s nominee at any level of the ticket and, at best, is carrying on a vanity campaign and at worst is trying to lock in enough name-recognition to achieve sideshow relevance as a third party candidate. Which of course is Clinton’s axe to grind because she gives fuel to the idea that third party candidates cost her the presidency, which conveniently ignores Jill Stein’s core voters from 2012 and the boom in Libertarian “Never Trumper” voters, neither of which were ever in play for her. Still, it’s a nicer story than blaming yourself for writing off whole states.

Back in October, Hillary appeared on a podcast and branded Representative Tulsi Gabbard (vis-à-vis a comparison to Stein) as a “Russian asset” — or at least in the process of being groomed to be such an asset.

She’s the favorite of the Russians, they have a bunch of sites and bots and other ways of supporting her so far, and that’s assuming Jill Stein will give it up, which she might not, because she’s also a Russian asset. Yeah, she’s a Russian asset, I mean totally. They know they can’t win without a third-party candidate.

It would be one thing to say Gabbard might be playing into Russia’s hands, but calling her an “asset” being “groomed” is troublingly McCarthyite. Russia certainly dallies in US elections and certainly deploys bots to create mischief wherever it can to bolster Donald Trump’s presidency because Putin perceives the doddering tool as a boon to Russia’s foreign policy aims. Note, that this doesn’t make Trump an “asset” — a term commonly understood in this context as an agent on the payroll of a foreign power — even if he is colloquially an “asset” in that he’s helpful to them. Clinton might claim that she only intended the latter meaning but don’t pee on my bed and use the pictures for Kompromat and tell me it’s raining.

The difference between those meanings may feel like a narrow rhetorical line, but running around branding people “Russian assets” is some real Alger Hiss stuff. Whether this lawsuit is an actionable claim or not, and the lawsuit faces plenty of hurdles ahead, these political attacks tying people to “light treason” is a practice that should be flagged so people stop doing it.

Gabbard is represented by Brian Dunne and based on his Avvo page you’d best not mess with him because he just might be Baby Yoda: 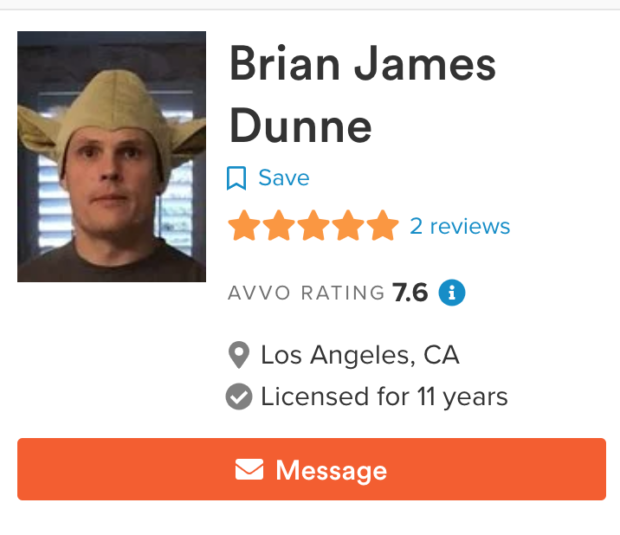 Goofy picture aside — and seriously there’s nothing wrong with lawyers having a little personality — Dunne released the following statement upon the filing of the complaint:

“Rep. Gabbard’s presidential campaign continues to gain momentum, but she has seen her political and personal reputation smeared and her candidacy intentionally damaged by Clinton’s malicious and demonstrably false remarks.”

And while the idea that her campaign continues to gain “momentum” may be the most demonstrably false remark of all, trying to tie a sitting congressperson to actively working for the Russians based on nothing is certainly not cool.