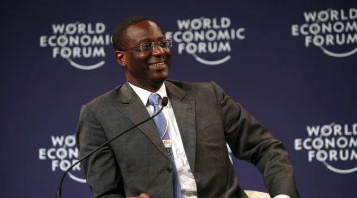 One spying scandal, you can survive. Two, even. But three? Well, that starts to look like carelessness, either in setting up a far-reaching global surveillance apparatus to make sure that no suspect employees are screwing you over, or in not knowing that such an apparatus had been set up under your nose by your closest lieutenant. And that sort of carelessness is both very detrimental to one’s reputation, and also very unSwiss. And so, no matter how good a job Tidjane Thiam did turning Credit Suisse around (a fairly decent one, it has to be said) or how many major investors wanted a different human sacrifice, this was probably inevitable (even if we didn’t realize that earlier this week).

Mr. Thiam will leave next week. He will be replaced by veteran Swiss banker Thomas Gottstein, indicating a return to the bank’s roots after two decades of American and French CEOs….

In an interview Friday, Mr. Rohner said Mr. Thiam ultimately had responsibility for the reputational damage the bank suffered from the surveillance of two executives last year.

“In the Swiss market and other places there was a significant deterioration in trust and credibility. We decided the current leadership would not be in a position to resolve that situation,” Mr. Rohner said.

Of course, Rohner, the bank’s chairman, had other reasons to be casting about for a new CEO.

Mr. Thiam is credited with restructuring the bank, but since 2019, he struggled to demonstrate a strategy to reignite growth…. As a Swiss national, Mr. Gottstein also understands the corporate culture in Switzerland, into which Mr. Thiam never slotted very easily.

We wonder why that could be? Surely, a glance at the above photo of Thiam couldn’t offer any clues….