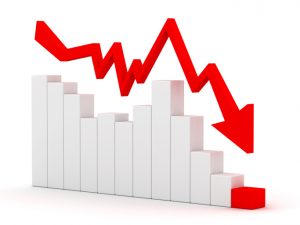 As of this writing, if we are to go back all the way to 1928, two out of the six worst days for the stock market have occurred in the past week. The epic fall is quite obviously attributable to the impact of the worldwide COVID-19 pandemic. However, even before the pandemic, our economy was already in rather obvious trouble. In order to understand why, however, we have to get into some necessary background into the extraordinarily complicated issue of our national debt.

Perhaps unsurprisingly to everyone reading this, the views regarding the impact of our national debt on the economy vary substantially. For some, the fact that our debt has increased greatly during the 21st century while inflation has continually dropped is proof positive that deficits don’t really matter, just government spending does. On the other side of the spectrum are the deficits hawks we all probably know who rant (always when it’s not their politician/side that’s in power), about how the debt will ruin us all and that a constitutional amendment requiring a balanced budget is necessary to prevent collapse. For what it is worth, I subscribe to the argument that the truth is rather absurdly complicated.

First of all, the deficit is a highly misleading economic measure given that it is calculated on the basis of cash flow, rather than economic accrual. Utilizing a cash flow measure creates, as Daniel Shaviro describes, “systematic, not just random, mismeasurement.” However misleading, taxpayers bear an undeniable economic burden of paying interest on the debt. If that burden becomes too high and tax revenues are no longer able to pay for government spending, absent dramatic fiscal policy changes, younger generations and future generations end up bearing a great burden for the reckless spending by older or previous generations. Which brings me to this presidency.

During this president’s three years in office, he has signed off on budgets that have added nearly 5 trillion to the debt. It might be a counterintuitive thing to say, but this increase in spending and debt could not have come at a worse time such as when the economy was doing well. As Eric Bohem illustrates in Reason, in the past, during periods of continual economic growth government deficits have traditionally fallen. The deficit decrease during periods of prosperity has allowed succeeding generations to better respond to an inevitable crisis. In our current reality however, the decrease we saw during the previous president’s second term has been replaced by the current president’s massive spending. Now, as we face the COVID-19 fallout, instead of approaching it on better fiscal footing, we start off already in a deep hole that is only expected grow enormously during this crisis.

This reality means not only will my generation and future generations have the burden of paying for the reckless spending of this administration, but we will have to couple that burden with paying for a crisis that as early as last week this president was claiming was a media/Democrat conspiracy. Moreover, the fact that such reckless spending levels during the past three years occurred during a period when revenue was at record levels — in part due to historic unilateral tax increases the president imposed on the consumer middle class exclusively — only adds insult to my generation’s injury.

Of course, the long-term forecast has always been one of doom and gloom. But stating that fact only furthers the argument that we should have been preparing for an inevitably turbulent future by controlling reckless spending whenever we can. And that it was destructive not to do so. Unfortunately, I don’t think we can expect any long-term planning as long as this president is in office.