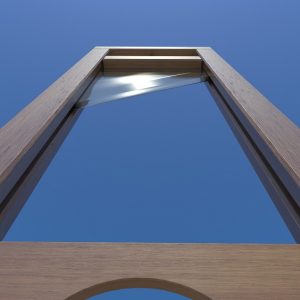 Looking up at a guillotine blade set against a blue sky. Very high resolution 3D render.

Newly released Federal Reserve data shows that as of the third quarter of 2019, when the middle of the Millennial generation was reaching age 30, Millennials owned just 4.6 percent of total U.S. assets.

At the same age, in 2002, members of Generation X were faring better, owning a little less than twice the national wealth of today’s Millennials, at 7.8 percent. But Baby Boomers were doing stunningly better in their 30s than Millennials today. There is not data going back far enough to show Baby Boomers’ share of national wealth when the middle of their generation was at age 30, but there is data available at the slightly older 35. At that stage, in 1990, Baby Boomers owned 25 percent of total U.S. assets.

Did 35-year-old Baby Boomers simply work 500 percent harder than the lazy, entitled, snowflake Millennials of today? Were they simply 500 percent smarter? You’ll run into those arguments, mostly from handfuls of right-wing Baby Boomers. But the data doesn’t back them up.

Although Millennials earn 20 percent less than Baby Boomers did at the same stage in life, to the extent they can save, Millennials’ savings behavior is surpassing that of previous generations. Millennials are actually carrying around less total debt than Baby Boomers. And, although excessive student loan debt is certainly an albatross for the Millennial generation, Millennials do have the distinction of being the most well-educated generation ever at this point in history.

Maybe it’s systemic barriers rather than behavioral deficiencies that account for Millennials’ lesser share of the pie. Law school tuition was around $2,000 per semester in the mid-1980s. According to U.S. News and World Reports, for full-time law programs for the 2017-18 academic year, the average annual tuition at private law schools was $47,112. Meanwhile, U.S. News put the median private sector starting salary for 2016 law grads at a stagnant $68,375, and the median public sector starting salary for new lawyers at only $53,500. This same pattern of increasing entry costs just to earn lower incomes has repeated itself across the economy, all while expenses for necessities like child care, housing, and medical treatment have continued to balloon.

Recent polling suggests that Baby Boomers themselves recognize the problematic state of income and wealth inequality and are increasingly becoming more comfortable with something other than unchecked capitalism. Maybe that’s empathy. Maybe it’s just that more Baby Boomers are aging into eligibility to two of America’s largest existing socialist programs: Social Security and Medicare (otherwise known as “health insurance for old people”). These are among the most popular U.S. government programs in history.

In the early days of the last new century, President Theodore Roosevelt, a Republican, said, “Great corporations exist only because they are created and safeguarded by our institutions,” and that therefore it is “our right and our duty to see that they work in harmony with these institutions.” Roosevelt used the Sherman Anti-Trust Act, named after its Republican champion in the Senate, to shatter the largest corporations of the Gilded Age.

Some 30 years later, the Great Depression ravaged the U.S. economy during the presidency of Herbert Hoover. Hoover believed a free-market economy would self-correct, and he cut government spending. The Depression worsened. It took Teddy Roosevelt’s fifth cousin, the Democrat Franklin Delano Roosevelt, to end the Great Depression. FDR launched his New Deal in three waves to carry the United States out of the Great Depression. Among many other things, the New Deal gave rise to the Securities and Exchange Commission, the Social Security Act (by the 1930s, the U.S. had become the only modern industrialized country without any form of national social security), and the Fair Labor Standards Act, which mandated a minimum wage and overtime pay for American workers. Conservative businessmen contemporaries criticized the New Deal for being “too socialistic.”

With Bernie Sanders steamrolling the competition in the Democratic primary, there has been a lot of overwrought handwringing. But nothing he is proposing is really that radical, other than daring to call himself a democratic socialist. Joining every other advanced, industrialized nation in having some kind of universal health care system is not a radical idea. Providing people with the opportunity to obtain the education they need to be competitive in a global labor market, without having to go six figures into debt for it, is not a radical idea. There are many examples of this working, both historically and internationally. A whole generation is doing worse — far worse — than their parents. When our predecessors, Republican or Democrat, saw unchecked capitalism spilling over its banks, they course-corrected to achieve something better. And they didn’t let critics railing about socialism stop them.