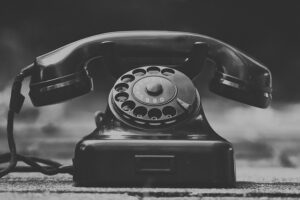 Maybe we’ll just go back to this.

In the world of the Internet of Broken Things, there is nothing more impressive to me than the fact that these things actually sell as well as they do. The risks associated with internet-connected devices seem insurmountable, save for the fact that we are all cattle being marched along to the slaughterhouse, our faces as serene as could be. Between companies simply deciding that supporting these products isn’t worth it any longer and reducing functionality, firing off firmware updates that simply kill off selling-point features, or leaving security holes wide enough to drive a malicious creepster through, it seems that very little thought goes into the fact that customers are, you know, buying these things. Once that purchase is made, how long that purchase is functional and secure appears to be an afterthought.

But the risks apparently don’t end there. Let’s say you bought an IoBT device. Let’s say you enjoyed using it for months, or years. And then let’s say that the company you bought it from suddenly got sued for patent infringement, settled with the plaintiff, and part of that settlement is, oops, your shit doesn’t work any longer? Well, in that case, you’re an owner of a Flywheel home exercise bike, which settled for patent infringement with nevermind-you-already-know-who.

Every morning at 4:30AM, Shani Maxwell would throw on her Flywheel T-shirt and hop on her Fly Anywhere bike. An avid fan who’s been riding with Flywheel since 2013, she’d leapt at the chance to own the company’s branded bike when the company released its Peloton competitor in 2017.

So it came as a surprise when she received an email from Peloton, not Flywheel, informing her that her $1,999 bike would no longer function by the end of next month. Flywheel settled a patent dispute with Peloton earlier in February and decided after the lawsuit to discontinue the at-home bike product.

“It shocked me,” Maxwell says. “We knew the lawsuit was in progress and we heard the settlement had been reached — we just didn’t realize they would shut down. ”

In fact, I’m sure Maxwell wasn’t even aware that it was a possibility that the product she bought just wouldn’t work anymore some day. Due to some intellectual property dispute to which she wasn’t a party. To be clear, there wasn’t any real choice given in any of this, either. The settlement included having Peleton reach out and offer to replace the Flywheel bike with a refurbished Peleton. If the customer didn’t want the used Peleton bike, well, they could fuck right off with no recompense.

It’s important to keep in mind at this point that people paid for these bikes and the service they came with. Paid very real money for a product that, poof, disappeared one day. Most Flywheel customers apparently took the deal with Peleton. After all, the other option sucks out loud. Some of them were quite mad about it.

But most? Well, serene-faced cattle marched towards the slaughterhouse.

For Podnos, the Flywheel experience was just another lesson in taking a chance with the Internet of Things. “It’s the risk you take when signing up for a platform that is still in development. It was a risk factor that we weighed from the onset, and were comfortable with,” he said. “I don’t think it will dissuade me from trying new IoT services, but it’s certainly a cautionary tale that consumers should be aware of.”

This is why we can’t have nice things. Or things at all, it seems.