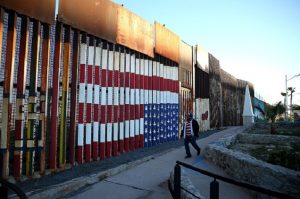 For the past 30 to 40 years, much of the country’s discussion regarding prohibition has focused on adult-use cannabis. The increasing abandonment of cannabis prohibition that we see today reflects a growing trend of social acceptance of its use. As Bonnie Kristian at “The Week” points out, “Americans understand why prohibition is ineffective and indefensibly inhumane” when it comes to substances like cannabis which possess wide cultural acceptance. However, as soon as you ask Americans to apply the same reasoning regarding prohibition to substances “associated with people unlike ourselves” suddenly the history of prohibition’s abject harm and failure no longer seems to factor into the discussion.

Take cannabis and gun prohibition for example. Similar to cannabis, the prohibition of guns has possessed two glaring flaws throughout history: 1) Prohibition has disproportionately and negatively impacted minority communities, and 2) Prohibition has been grossly ineffective in achieving its stated, self-defined goals. Yet, despite these remarkable similarities the view towards the necessity or efficacy of each policy of prohibition differs wildly depending on which political tribe one belongs to.

Another similarity between gun prohibition to cannabis is the amount of disinformation or outright lies that one sees in the discussion. No doubt many have seen presidential candidate Michael Bloomberg’s Super Bowl ad regarding gun violence. The problem is, the ad is riddled with dishonest figures and claims. To be clear, I am not a Second Amendment absolutist. But asking that we be honest about gun violence (spoiler alert: violent crime overall is decreasing despite guns being more prevalent than ever and the abandonment of gun control policies), when discussing gun control could get me labeled as a gun rights “nut.” Furthermore, it should not be controversial to ask that any framework of gun control take into account the history of its failures and the disproportionate impact it has placed on certain demographics.

The need to have an honest discussion regarding prohibition is important because if one applies any sort of scrutiny to prohibition, the justifications used to prop it up can quickly collapse under the weight of demonstrable evidence. Nowhere is this more evident than on the subject of immigration, where current arguments for prohibition are quite literally collapsing before our eyes. The same goes for prohibitionist policies related to abortion, so-called “hard drugs,” and alcohol. However, it may not be enough to simply prove prohibition doesn’t work in these cases or even that better alternatives exist.

As Eric Boehm at “Reason” points out, the true purpose behind the president’s prohibitionist policy tool of implementing a border wall, for example, “has little to do with drugs or immigrants.” How could it when it can be conclusively proven a substantial majority of immigrants here illegally do not cross the border where a wall would be but overstay their visas, and that most illegal drugs pass through existing checkpoints that already have walls and armed guards. The reason the prohibitionist policy of a massive border wall persists is, according to Boehm, because for the current president:

“[I]t’s a political symbol more than anything: a way to appeal to border hawks, a neat hook for the crowds at his rallies to chant. What does it matter if the wall can’t stand up to a gusty desert wind? The whole project has always been just a lot of hot air.”

Of course, not everyone who supports prohibition is just full of hot air. As I have said myself to anti-prohibitionist voices, one has to acknowledge the logical appeal of prohibition in certain circumstances in order to have any meaningful discussion regarding its merits. Drugs, guns, and alcohol all cause immense societal harms, particularly alcohol, and to say otherwise is also a lie. Accordingly, it is natural and, in fact, logical for human beings to reason that the appropriate response to these harms is to prohibit the substances that “cause” them. But after over a century of trying, we simply know enough now to understand that prohibition does not work in the way we logically might expect it to.

What becomes inexcusable is placing your head in the sand and intentionally ignoring the fact that alternatives to legal prohibition have been tried. That these alternative have proven, over lengthy periods of time, to be more successful in alleviating harms. Until and unless we detach prohibitionist policies from their association with tribal identity, however, the status quo of intentional ignorance likely isn’t going anywhere. Apparently, it is still too much to ask most Americans when assessing a policy of prohibition to simply look at whether the policy actually works and produces positive results. Which isn’t a comforting thought.

Did I also mention the San Francisco 49ers lost a Super Bowl where some terrible calls were made at crucial, crucial, moments? So, anyways, if you need me, just look in a pit of sports despair.