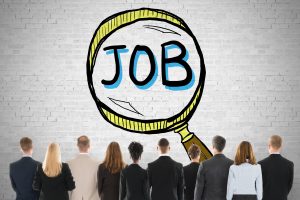 Rankings season is upon us, and many publications are rolling out their best offerings for readers’ perusal in advance of the release of the 2023 U.S. News & World Report Law School Rankings.

For more than a decade, Law.com has published a list of the best law schools to go to if you want to work in Biglaw after graduation. Law.com refers to these institutions of higher education as the “go-to law schools,” and this year, they’re ranked by the percentage of 2021 graduates who took associate positions at the 100 largest law firms based on attorney head count.

Before we get to the list of the go-to law schools, it’s worthwhile to speak about the landscape for entry-level employment in the legal profession. Despite the pandemic, the class of 2021 actually did quite well when it came to securing Biglaw jobs. If you recall from our prior coverage, their success was historic:

According to the latest recruiting figures from the National Association for Law Placement (NALP), offer rates from Biglaw summer programs remained close to historic highs, with 97% of second-year law students receiving offers for full-time employment as associates after graduation. Acceptances of those offers reached an all-time, historic high of 89%. What’s even more exciting is that this historic acceptance rate is significantly higher than acceptance rates measured before the Great Recession, which tended to hover between 73 to 77 percent.

That said, things are going great for the Top 10 Go-To Law Schools:

With 64 percent of its graduates heading to Biglaw firms after graduation, Columbia has ruled this ranking for the past nine years. The top five schools look a little different from last year’s ranking, in that there was a lot of flip-flopping among Northwestern, Penn, and Cornell, with Duke sneaking its way in by employing just a few more of its graduates in Biglaw than NYU (which slipped down to No. 6). It’s worth mentioning the fact that clerkship placements aren’t considered in this ranking, which is likely the reason why Stanford and Yale are both chilling at No. 20 and No. 23 on the list (both big drops from last year, down from No. 13 and No. 16, respectively).

Law.com also has a list of “Firm Favorites,” noting the law schools that specific firms recruited most heavily from. Here are some highlights from that list:

Either way you slice it, this list is incredibly useful. It’s a great way for law students, both current and prospective, to gauge their employment prospects. Use these rankings wisely — or ignore them, at your peril.