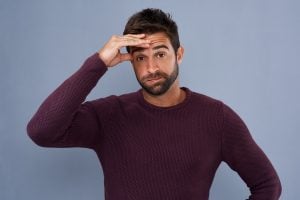 Four years ago, Bill Brewer found himself on the nasty end of a benchslap when a Texas trial judge sanctioned him for issuing a survey testing the public’s appetite for his chosen theory of the case. After these sanctions were upheld on appeal, Brewer finally scores some good news with the Texas Supreme Court tossing the sanctions, finding that Brewer had not acted in bad faith.

Pretrial surveys provide valuable insight into how a potential jury might react to an attorney’s arguments. They could also taint witnesses and the jury pool by improperly laying out a narrative of the case before trial. In this case, Brewer hired a third-party firm to ask some questions about why it might be anyone but his client’s fault that a boy was killed in a gas explosion and this rankled the trial judge when it turned out the poll hit up witnesses and other parties in the case.

The Texas Supreme Court drew the line for sanctions at requiring a showing of “bad faith” and determined that regardless of problems with the survey, there was no reason to believe Brewer intentionally tried to mess with the judicial process when testing his theories:

Certain attributes of the pretrial survey may have been reasonably disconcerting to the trial court, but the record bears no evidence of bad faith in the attorney’s choice to conduct a pretrial survey or in the manner and means of its execution.

Congratulations on clearing up this wrinkle. Now Brewer can return to presiding over the slow dismantling of the National Rifle Association without this nagging problem.

While this is good news for Brewer, it doesn’t accomplish everything he probably wants vis a vis his other ethical trip up in the Eastern District of Virginia. In that court, Brewer found himself earning the ire of the judge after declaring that he’d never been sanctioned despite the fact that this matter had happened two years earlier and had already been affirmed by the appellate court… and the judge was able to find all this out by searching the internet. The firm took the stance that the sanctions didn’t count until all the appeals were exhausted because he hadn’t actually handed over any money at that point. And while the sanctions have now been defeated, the sin in Virginia was never whether or not Brewer had been sanctioned, but that he wasn’t transparent about what was going on when the judge asked the question. Plus, today would be quite the buzzkill for Brewer in Virginia if Texas had come down the other way.

The moral of that story is still to always be forthcoming, especially when the judge knows how to use Google.

(Check out the majority opinion on the next page.)

Earlier: Lawyer Slapped With Big Sanctions For ‘Push Polling’ Potential Jurors
Federal Judge Wants To Hear Why Bigtime Attorney Said He’d Never Been Sanctioned… When He Was TOTALLY Just Sanctioned
NRA May Be Shooting Itself In The Foot With Out-Of-Control Legal Bills
This Is Really Not A Great Couple Of Weeks For Bill Brewer