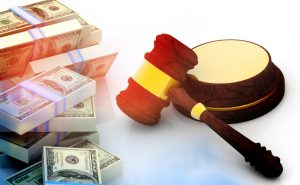 A Texas judge facing a seven-count wire fraud indictment has successfully made it onto the Fall ballot because some people just know how to run a campaign!

Judge Alexandra Smoots-Thomas was tagged with wire fraud over allegations that she embezzled $26,000 from her campaign. But this didn’t stop 33 percent of the voters from supporting her reelection — enough to get her into a runoff against an assistant county attorney who got 41 percent.

Kent Schaffer, Smoots-Thomas’ criminal defense lawyer, said that her prosecution is political, and he thinks she will beat the charges.

“I don’t think the average voter had any idea that Judge Smoots-Thomas was under indictment,” said Schaffer, a partner in Schaffer Carter & Associates in Houston. “I didn’t hear it mentioned at all.”

This was never mentioned? What kind of campaign wouldn’t bring this up? Apparently the judge’s opponent claimed that she “didn’t want to be perceived as the one with the ax to grind” which sounds noble but given her job is more likely the nice way of saying “a representative of the prosecutor’s office can’t be going around calling people guilty pre-trial.”

As of now, the Smoots-Thomas trial is scheduled for September. Her attorneys are hoping to have her cleared before the election.