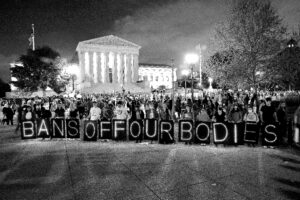 CNN reports that the Supreme Court’s investigation into the Dobbs draft opinion leak asked clerks to turn over cell phone records and sign affidavits according to “three sources with knowledge of the efforts.”

So, um, did those three folks call CNN with this leak?

That’s only partially tongue-in-cheek. It seems as though spilling the beans to the press about the conduct of an ongoing investigation is much more of a violation of confidentiality than sending around an opinion that the Court plans to publish anyway.

Again, we’ve covered all this ground before, but these aren’t national security secrets… it’s a document they plan to put into the public record. Because, and I cannot stress this enough, it’s ludicrous to think this leak is some sort of grave threat to constitutional order when, if the original leaker is to be believed, this is substantially the opinion we’re going to see publicly released within a few days or weeks. Posturing the Supreme Court as an opaque Star Chamber isn’t a constitutional edict, it’s a practice the justices play up to fluff their own aloofness. As “norm violations” go, this runs a lot closer to “not wearing a tie on the floor of the Senate” than “asking a hostile foreign leader for blackmail fodder.”

Unless the draft opinion wasn’t really what the Court was about to publish… but I digress. John Roberts is prepared to Inspector Javert all over this while his institution burns!

Chief Justice John Roberts met with law clerks as a group after the breach, CNN has learned, but it is not known whether any systematic individual interviews have occurred.

Please tell me it was a dark and stormy night and he began with, “I suppose you’re wondering why I’ve summoned you all here.” Good heavens, what a drama hound.

Man, everyone must really wish Merrick Garland had gotten onto the Court because that guy can’t be bothered to investigate anyone at all.

CNN’s article claims that the scope of the request and the language of the affidavits are yet to be settled, but this does seem to be a wild invasion of employee privacy, reducing workers to mere drones whose lives are fully owned and controlled by their bosses. Or, as this Supreme Court majority might put it, “be the change you want to see in the world.”

It also suggest that Roberts remains clueless as to the source of the leak and he’s grasping at straws.

Releasing the draft early was at best going to harden the majority’s stances because they don’t want to look like they’ve bowed to public pressure. So one of two things happened here:

(1) this is the opinion they plan to publish, which means there’s no substantive impact to leaking it slightly early and this is a spectacular waste of everyone’s time; or,
(2) this was a crumbling coalition, and the leaker hoped to use the leak as the judicial equivalent of Cortez burning his ships. Maybe someone from outside the Court proper who could use extensive journalism contacts from a long life in Washington without fear of getting wrapped up in the ensuing workplace investigation.

Perhaps Roberts should ask the January 6 Committee for help. Because they seem to be able to get the wild phone records of Ginni Thomas. Which I mention APROPOS OF NOTHING AT ALL.