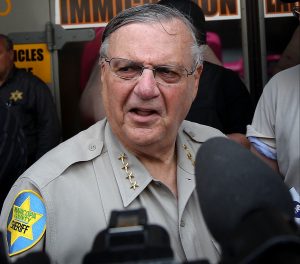 As of this writing, Larry Klayman remains a member of the bar in good standing. And so he is free to file motions accusing U.S. District Judge Royce Lamberth of making “a politicized decision, little better than some other judges in this courthouse” and demanding that His Honor reverse himself for being a political hack.

It’s a bold strategy, Cotton. Let’s see if it pays off! (Spoiler alert ….)

Klayman’s outburst of derpitude came after Judge Lamberth dismissed the defamation suit filed by former Arizona Sheriff Joe Arpaio against the New York Times for failure to demonstrate actual malice. Arpaio alleged that a 2018 Times editorial entitled “Well, at Least Sheriff Joe Isn’t Going to Congress” damaged his prospects in the 2020 Arizona Senate race to the tune of $147,500,000.

To be clear, Arpaio had just lost the 2018 Republican senatorial primary to replace retiring Senator Jeff Flake. And during that cycle, he raised less than $3 million in total. But he had high hopes of taking John McCain’s seat in the 2020 special election, when the convicted-but-pardoned Arpaio will be a sprightly 88, during which period he intended to raise $147,500,000 from his many enthusiastic donors.

These false factual assertions are carefully and maliciously calculated to damage and injure Plaintiff Arpaio both in the law enforcement community – which is centered in this judicial district – as well as with Republican establishment and donors, which is also centered in this judicial district, in order to prevent him from successfully run for U.S. Senate in 2020 or another public office as a Republican.

Can you tell that Larry Klayman also drafted the original complaint, too?

Check out this gonzo footnote from yesterday’s Motion for Reconsideration:

Obviously, these leftist media Defendants, who covered Plaintiff Arpaio like a “wet blanket,” since he is a foil to try to harm President Trump and disparage his immigration policies, knew the score; namely that the sheriff is not a convicted felon. This simply is why actual malice was properly pled. It does not take a rocket scientist to understand this.

Actual malice is established because the media hates Donald Trump. Jeez, Judge, you don’t have to be a rocket scientist! And even though Sheriff Joe never asked for leave to amend, “if the Court was going to make such a drastic ruling as to dismiss Plaintiff Arpaio’s claims with prejudice (thereby allowing the statute of limitaions [sic] to run), then Plaintiff Apraio’s [sic, and OMG] counsel made it clear at oral argument that leave to amend clearly should have been granted.”

Yes, he did misspell his own client’s name. But the motion was five whole pages, and who’s got time to proofread that, right?

Go on, Larry, tell the judge what he can and can’t do.

This is very disappointing, especially since Plaintiff’s counsel has always commended this Court, publically [sic] and otherwise, as being one of the few politically uncompromised judges on the federal bench. But, what this Court did was not consistent with its past history and it was not up to the Court to arrogate upon itself a non-existent right to dismiss with prejudice.

In today’s least surprising news, Judge Lamberth dismissed this motion yesterday, the same day it was filed. Which just proves that this Reagan appointee is DEEP STATE.