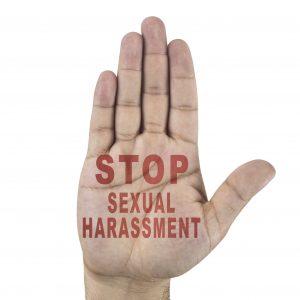 There’s a real problem in the federal judiciary. Whether you look at disgraced retired judge Alex Kozinski, who was accused of pernicious sexual harassment in 2017; the resignation of district court judge Carlos Murguia, who was reprimanded for his “inappropriate behavior”; the stymied inquiry into Kavanaugh’s behavior which disappeared because he left the D.C. Circuit when he got elevated to the Supreme Court; or the powerful testimony of Olivia Warren, who detailed the sexual harassment and abuse she was subjected to during her tenure at the Ninth Circuit by the late Judge Stephen Reinhardt, it is clear the legal industry needs to do something.

The lifetime appointments of federal judges — and the inevitable power they wield, particularly for those that envision a career in the upper echelons of the profession, is enormous. So even in the face of sexual harassment allegations, the actual consequences for misconduct in the federal judiciary will be remains uncertain. The Judicial Conference working group focused on misconduct reforms was formed two years ago, and though they’ve released a report on how to change policies, actual change for clerks and other court employees on the ground hasn’t been realized.

And they want it quickly, because they’re frustrated with the thus far slow response to the problem:

We are frustrated by the slow progress in combating misconduct in the judiciary, and we urge immediate action… The brave testimony of Olivia Warren is a reminder that these issues must not be ignored. We remain committed to ensuring the federal judiciary is a safe workplace and hope to serve as a resource for future reforms.

While the letter, available in full below, provides concrete steps to combat the “unique closeness of a chambers environment, the early career stage of most law clerks, the importance of clerking relationships to future employment, and the opaqueness of available remedies have made law clerks extremely reluctant to report misconduct,” there’s also a recognition that this represents only one step in the process:

“This is not the first step to address misconduct, and it won’t be the last,” said Yale Law student Anna Kaul, Advancement Chair for Yale Law Women. “We will continue to call for transparency and accountability to ensure that judicial employees are afforded the safety and respect that all workers deserve.”

It may not be the final step in the process, but it is certainly a big one in the right direction.