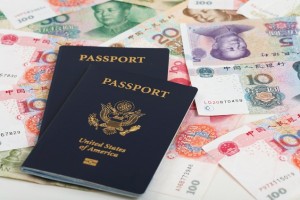 Last week, I wrote about the latest intense challenges to surrogacy in the United States due to the COVID-19 pandemic. Essentially, most in vitro fertilization (IVF) and surrogacy has stopped. So unfortunately, that’s the end of assisted reproductive technology in the United States, for now, with narrow exceptions for urgent treatments and those already in progress.

OK, great -– growing families is important, but so is keeping everyone as safe as possible in unprecedented times. However, for all the surrogacy pregnancies currently in progress, the reality of the situation doesn’t conform to our new shelter-in-place world. Unsurprisingly, we are seeing some of the most difficult challenges for new families where the intended parents have an American surrogate, but are themselves neither US citizens nor live in the United States.

On March, 20, 2020, the State Department reduced passport services operations. Specifically, passport services (aka the ability to receive a US passport) would only be offered to those with a qualified life-or-death emergency and who need a US passport for immediate international travel. “Life-or-death emergencies” are defined here as “serious illness, injuries, or deaths in your immediate family (e.g. parent, child, spouse, sibling, aunt, uncle, etc.) that require you to travel outside the United States within 72 hours.”

Under normal circumstances, international parents to a child born via a United States surrogate would travel to the surrogate’s location in time for the birth, and be there to take care of their child immediately upon the child’s entrance into the world. They would spend a few weeks in the United States with their newborn while waiting to receive their child’s birth certificate and then a US passport. (Babies born in the United States, regardless of the birth being via surrogacy, are, of course, entitled to citizenship.) Once the passport is received, the happy family would return home. However, what used to be a fairly straightforward process has become extremely difficult for some, at best, and an impossibility for others.

I spoke with Marc Gilland of Passport/Visa Advisors, a visa and passport specialist who frequently works with parents through surrogacy to obtain expedited passports for their children to return home quickly. Gilland painted a grim picture of numerous clients in rough positions. He is seeing many parents being denied a hearing to obtain their children’s passports based on the “life-or-death” limited services.

Gilland described one couple from the United Kingdom whose surrogate went into labor in January with twins ten weeks early. One parent immediately left for the United States to be there for the delivery. The babies have been in the neonatal intensive care unit since birth and are finally ready to be discharged and able to go in person (as required) to apply for US passports. However, with the new limitation on passport services, they have not been able to apply. And, in the meantime, the other parent in the United Kingdom is unable to travel to the United States. The family is forced to remain apart until the travel suspension is lifted or the US Passport Agency considers their situation “life-or-death.”

In good news, one family was able — with the help of attorneys and the involvement of at least one state senator — to get a passport appointment and argue successfully that getting home was, indeed, a life-or-death emergency. However, Gilland explained the extreme cost and logistical hurdles the parents faced. In order to prove that they would be returning home within 72 hours, the parents had to find and purchase flights to take them home (not an easy task these days). Gilland said the clients found flights for the family (yay!), but they cost close to $60,000!

In another exceptional success story, attorney Taylor Rolf of Steven H. Snyder and Associates in Minnesota was able to assist Swiss parents of surrogate-born twins to successfully navigate the “life-or-death” passport process last Friday. Their application was supported by a signed written letter from a doctor affiliated with the children. The doctor affirmed the necessity for the children to be able to obtain a passport to allow them to  travel home the next day to receive vital and necessary medical care in the parents’ home country due to the fact that the children were no longer able to obtain US health insurance once the court proceeding establishing parental rights occurred. The letter also pointed out that if unable to return home, the children would remain in the United States for an indeterminate amount of time without access to covered medical care. Additionally, without a passport to return home with their children, the parents (or at least one parent) would have no choice but to overstay their visa to the United States.

Some international parents with surrogate-born children have not been so lucky. Attorney Robin Pope of Oregon spoke with representatives of the NW passport agency, and was told, in no uncertain terms, that international parents unable to return home with their newborns was not a qualifying emergency. Pope is working with Oregon Senator Ron Wyden’s office, whose staffers understand the depths of the situation and are working to provide assistance. Without allowing these families to return home: (1) both the newborns and the parents will add to the burden of the United States healthcare system (not a good time for that!); (2) most of the international parents do not have medical insurance for themselves applicable to the United States healthcare system, and most do not have it for their newborns, further increasing the burden on the United States healthcare system; and (3) parents who are unable to return home with their child will be in jeopardy of violating the terms of their United States’ visas, placing their families at further risk.

At Least Those Families Are Together

Pope explained that she had several clients where the parents are unable to obtain authorization to travel to the United States. She described a parent in China who has been denied entry, and has still not been able to meet his child who was born in February. Fortunately, the grandparents of another surrogate-born child — that child being unable to meet their parents either — is taking care of both babies for the time. Give those grandparents a medal!

I also spoke with Paris-based French attorney Fabien Joly. Joly described the complicated situation for French parents desperately trying to make it to their children. One set of parents appeared at the Paris airport with a US court order showing that they are the parents of a child imminently due to be born in California. They were turned away from their flight by US authorities with the explanation that without a birth certificate for the (currently unborn) child, they had failed to prove that they were parents to a child in the United States, and did not meet an exception to the travel ban.

These are rough times. For all. Here’s hoping that all the drastic measures work to flatten the curve and save lives. In the meantime, however, it would be nice to find a creative solution in the best interest of everyone’s safety, but still able to help these stranded and separated families.