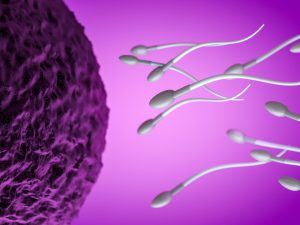 Back in 2013, Danielle Teuscher and her spouse turned to the use of donor sperm to conceive and grow their family. They chose an “open ID” donor, meaning that the donor was open to being known by the child once the child turned 18. All was good, until Christmas 2018, when Teuscher’s family decided to take 23andMe home DNA tests and included Teuscher’s donor-conceived daughter in on the fun.

Teuscher’s daughter’s test results showed that she was likely related to a paternal grandmother who was “open to contact” on 23andMe. In a short message, Teuscher reached out and let the woman know about the predictive granddaughter’s existence, and that they were open to contact. That must have been a big surprise to this unknowing grandmother. The next thing Teuscher knew, she received a Cease and Desist letter from the sperm bank, which said that Teuscher was liable for $20,000 in damages for breaching the contract between Teuscher and the sperm bank.

But the sperm bank didn’t stop there. It also told Teuscher that it was ending Teuscher’s rights to the five other vials of the donor’s sperm which the sperm bank was storing for Teuscher — sperm which Teuscher planned to use to conceive a sibling to her daughter. The sperm bank further changed the donor’s status from “Open ID” to “anonymous” — a change applicable (and likely upsetting) to all families that chose that donor, not just Teuscher. And the sperm bank shut down the donor sibling portal that the sperm bank had been running, which had allowed Teuscher and other patients to connect with parents of genetically connected half-siblings to their children.

Like any good American, Teuscher responded by suing the sperm bank, NW Cryobank, alleging, among other things, that the clinic did not have the right to take her property (the five vials of sperm).

Can Teuscher Be Guardian Ad Litem For Her Own Daughter?

As the two sides slug it out, one of the positions taken by the sperm bank is that Teuscher should not be permitted to act as guardian ad litem for her own daughter, who is another plaintiff in the case, asserting her own legal rights. In support of its argument, the sperm bank submitted an affidavit from a well-known psychologist in the area of assisted reproductive technology. The psychologist asserts that since the question of whether to find out the identity of your genetic father is always a deeply personal question, giving decision-making authority on the matter to a parent cuts against the child’s autonomy. The sperm bank thus moved that an independent guardian ad litem be appointed for the daughter.

I’m no psychologist, but as a lawyer, that seems like a pretty aggressive argument to advance. Every parent of every donor-conceived child makes the decision regarding whether and how to discuss their biology, and many make the decision not to tell their children despite numerous opportunities to do so. It’s a strange position as a legal matter to contend that those parents who might choose to tell their children their genetic history are less fit as guardians because the children would then lose the autonomy of choosing not to know their genetic history.

In any event, the judge found it just as unpersuasive as I do, and ruled in Teuscher’s favor.

Why Is This Case Such A Big Deal?

I spoke with Professor Jody Madeira, of Indiana University’s Maurer School of Law, about the implications of this case. She explained, “this case is extremely important for several reasons. First, it perpetuates donor anonymity as an ideal, which is akin to Don Quixote tilting at windmills — widespread testing ensures that banks can no longer guarantee anonymity. Second, this case sets a terrible precedent for other situations that families are experiencing NOW.”

Madeira explained that she knows of cases involving parents of a donor-conceived child with a genetic condition that (a) have connected with other families from the same donor experiencing an identical situation; and (b) know who the exact donor is, either because they have been matched to him via a home DNA testing kit, or because they have been able to identify him on Facebook or through other families. (Look at all of this subverting of child autonomy going on!) But even given the serious health concerns at play, parents who use donors continue to have a dilemma. If they use the 23andMe or Ancestry.com service to contact the donor, they may be in the very same situation as Teuscher, risking a demand letter and legal action from the sperm clinic. But if they don’t, they might go without critical medical information that might be needed to protect the life and health of the very child who was conceived with the aid of the donor.

And What About Mom’s Property Rights? And The Dystopian Implications.

Among the other issues, Teuscher’s attorney, Jill Teitel, finds the destruction of property rights especially axiomatic. She wrote to me, “NW Cryobank does not have any right to withhold Danielle Teuscher’s gametes from her. Its customer contracts say nothing indicating that NW Cryobank can seize its customers’ gametes or other fertility-related property that customers agreed to store at NW Cryobank facilities. There is no legal authority that a company can simply take its own customers’ paid-for property when it disagrees with their actions. The fact that the ‘property’ at issue is Ms. Teuscher’s only possibility of bearing a genetic sibling to her daughter is particularly dystopian.”

As this case rages on, I want to be balanced and understanding given the sperm bank’s difficult position of defending the anonymity it promised to its donor clients. However, we live in a different world now, even from the one that existed in 2013. To side with the sperm bank would have some serious negative consequences, both to access to information and to property rights. Sorry, sperm bank. Have you considered settling? Because I don’t think anyone living in 2020 thinks you should win this case.