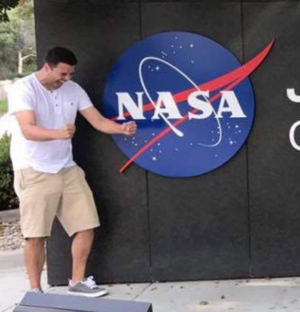 The impact on human daily life from a transition to the virtually unlimited resource reality of space cannot be overstated. However, when it comes to the law, a minimalist, dare I say libertarian, approach appears as the only applicable system.

In the words of NASA, “2020 promises to be a big year for space exploration.” Yet, as Rand Simberg points out in Reason magazine, it is actually private American investment that is currently moving space exploration to “a pace unseen since the 1960s.” According to Simberg, due to this increase in private investment “We are now on the verge of getting affordable private access to orbit for large masses of payload and people.” The impact of that type of affordable travel into space might sound sensational to some, but in reality the benefits that space can offer are far greater than any benefit currently attributed to any major policy proposal being discussed at the national level. The sheer amount of resources available within our current reach/capabilities simply speaks for itself. However, although those new realities will, as Simberg says, “bring to the fore a lot of ideological issues that up to now were just theoretical,” I believe it will also eliminate many economic and legal distinctions we currently utilize today.

For example, the sheer number of resources we can already obtain in space means that in the rapidly near future, the distinction between a nonpublic good or a public good will be rendered meaningless. In other words, because the resources available within our solar system exist in such quantities, all goods will become nonrivalrous in their consumption and nonexcludable in their distribution. This would mean government engagement in the public provision of a nonpublic good, even at the trivial level, or what Kevin Williamson defines as socialism, is rendered meaningless or impossible. In fact, in space, I fail to see how any government could even try to legally compel collectivism in the way Simberg fears.

Similar to many economic distinctions, however, it appears that many laws, both the good and the bad, will also be rendered meaningless as soon as we begin to utilize the resources within our solar system. For example, if every human being is given access to the resources that allows them to replicate anything anyone else has, or replace anything “taken” from them instantly, what would be the point of theft laws? If you had virtually infinite space in which you can build what we would now call luxurious livable quarters, all without exploiting human labor or fragile Earth ecosystems when you do it, what sense would most property, employment, or commercial law make? Again, this is not a pipe dream, no matter how much our population grows for the next several millennia, the amount of resources within our solar system can sustain such an existence for every human being.

Rather than panicking about the future, we should try embracing it, or at least meaningfully preparing for it. Currently, the Outer Space Treaty, or as some call it “the Magna Carta of Space,” is silent on the issue of whether private individuals or corporate entities can own territory in space. Regardless of whether governments allow it, however, private citizens are currently obtaining the ability to travel there, and if human history is any indicator, private homesteading will follow, flag or no flag. We Americans know this is how a Wild West starts, where most regulation becomes the impractical pipe dream. But again, this would be a Wild West where the exploitation of human labor and fragile Earth ecosystem makes no economic sense, where every single human can be granted access to resources that even the wealthiest among us now would envy, and where innovation and imagination become the only things we would recognize as currency. Only a libertarian-type system, that guarantees basic individual rights to life, liberty, and the pursuit of happiness could be valued and therefore human fidelity to a set of laws made possible, in such an existence.