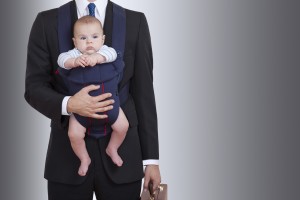 In the past decade, we have seen a distinct and positive trend in our country when it comes to surrogacy legislation. States that had previously banned or criminalized surrogacy arrangements have instead seen the light and have been quickly reversing their anti-family positions. In the place of bad public policy, these states have recognized that surrogacy is a meaningful pathway to parenthood that is best addressed with reasonable regulations to protect all parties involved.

Indeed, some places with truly hostile anti-surrogacy laws dramatically have recently reversed themselves and embraced smart, protective regulation. These states include New Jersey (reversing its ban in 2018), Washington state (reversing a prohibition on “commercial” surrogacy in 2018), and Washington, D.C. (reversing an old law criminalizing surrogacy in 2017). New York is one of the rare remaining states with a commercial surrogacy prohibition, but the Empire State is also headed the right way. With the state governor’s outspoken support, New York is poised to reverse the ban and pass positive regulation with the Child-Parent Security Act.

So What’s Wrong With South Dakota?

I don’t have anything against South Dakota personally. We love vacationing at Mount Rushmore. Unfortunately, something has taken hold of its state legislature. Because despite the trend toward free, well-regulated, pro-family policies, South Dakota has decided to go *the opposite* direction.

To make matters worse, the bill’s title is itself misleading. While the title and proponents are claiming they are merely trying to prevent “commercial” surrogacy — which happens to be the most common form — the overly broad language used in the bill would actually apply to all surrogacy arrangements in the state.

That’s because the bill defines “commercial surrogacy” to include any arrangement whatsoever where any person receives any “consideration or thing of value.” That’s very broad. Because even if the surrogate is not receiving the usual altruistic surrogacy arrangement reimbursements such as maternity clothes, mileage, and lost wages, the intended parents are certainly receiving something of value: the fact that another person is bearing the labor and expense of carrying their child. And while there is a medical expense carve-out for the application of the criminal section, that exclusion does *not* apply to the prohibition of enforcement of a surrogacy contract in the state.

While I generally like to stay even-handed in this column, I’ll just lay my cards on the table and say that this is a terrible bill and shouldn’t be passed. But, at a minimum, its supporters should at least be honest about the bill’s wide-ranging and perhaps accidental application to every form of surrogacy. Or, at the least, I’d expect them to amend the bill language to be clear that it does not apply to altruistic surrogacy arrangements.

Too Fast For A Legitimate Legislative Process

Something is rotten in the state of South Dakota. After being introduced to the state House of Representatives on Monday, January 27, 2020, the bill was quickly assigned to the House Judiciary Committee. Two days later, on Wednesday, January 29, the committee had already concluded hearings and passed the bill out of committee with a vote of 11-1. That was fast!

It’s hard to conclude that the process so far has included legitimate consideration of the state’s stakeholders, such as families needing surrogacy to complete their family, and the multitude of South Dakotans in support of them. Hopefully, the rest of the process slows down enough for state legislators to be shown all sides of the issue.

So What Is The Problem?

Professor Judith Daar, Dean of the Chase College of Law at the University of Northern Kentucky and chair of the American Society of Reproductive Medicine ethics committee, explained the problem with this type of legislation. “Criminalizing commercial surrogate parenting arrangements will not end the practice, but rather force South Dakotans who wish or need to form their families through surrogacy to incur greater expenses and duress as they travel to a more permissive jurisdiction. In addition, deeming surrogacy agreements unenforceable in the state leaves all parties vulnerable to uncertainty.”

What Can You Do?

I spoke with Emilee Gehling, an experienced South Dakota assisted reproductive technology attorney and owner of Dakota Surrogacy. Gehling explained this is a labor (no pun intended) of love for her: helping those struggling with becoming parents and supporting the amazing women wanting to assist them is a life passion.

Since the bill was introduced, Gehling has basically become a part-time lobbyist, in addition to a practicing lawyer. She told me that she has been living at her desk, doing all that she can to make sure South Dakota families are not jeopardized by this legislation. A group of local surrogates and parents set up a GoFundMe page to support the fight in the South Dakota legislature. And they are urging everyone — especially you readers in South Dakota — to consider signing a petition opposing the detrimental impact of HB 1096.