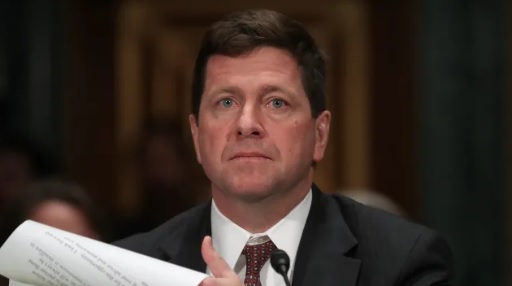 The funding floodgates are open: A new Federal Reserve commercial paper facility is coming next week. JPMorgan Chase has gotten $40 billion worth of applications for small-business bailout loans; Bank of America is processing 250,000. Wells Fargo, which unlike JPMorgan has no qualms about using the crisis to get out from under the well-earned restrictions on how it operates, may well succeed and join in the fun. Which means it’s definitely time for Jay “Killjoy” Clayton to remind that those moneys will come with a great deal of paperwork and oversight attached.

“We’re in a very different environment,” SEC Chairman Jay Clayton said in an interview on CNBC. “Companies are going to be talking about where they stand … and their plans going forward is sensitive information. I encourage companies to disclose where they stand and limit speculation … as we move forward.”

Clayton added that companies must communicate with investors about plans for dividends, share buybacks and capital preservation….