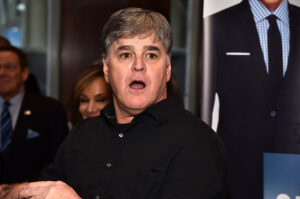 Hey, lawyers! How about a little pop quiz to break up that work-from-home tedium. Just a little flashback to 1L Torts to get those juices flowing.

is an absolute defense to defamation?

Do you need a minute?

OKAY, TIME’S UP. The answer is “truth.” Yeah, that’s a tough one. Maybe some of those lawyers at Fox, the ones who drafted all the O’Reilly and Ailes NDAs back in the day, can explain to their marquee host Sean Hannity that you can’t just sue someone for defamation because they accurately repeat what you said. Or, you can, but it doesn’t generally go well.

As Media Matters reported yesterday, Hannity is fighting mad that those losers in the lamestream media would say that he and the rest of the Fox derp squad downplayed the COVID-19 crisis and called it a “hoax.”

“I need to hire Lin Wood and Charles Harder, and just make this a test case, of slander, besmirchment, character assassination,” he huffed Wednesday on his radio show. Lin Wood represents the conservative Covington Catholic student, whom Hannity assured his listeners is “absolutely going to be a billionaire at the end of this, after what they did to that poor kid.” And Harder, after bankrupting Gawker over the Hulk Hogan sex tape, went on to represent the Trump campaign in their … creative libel suits against various media outlets.

The problem for Hannity is that he actually did call the coronavirus panic a hoax.

HANNITY, March 9: “This scaring the living hell out of people — I see it, again, as like, let’s bludgeon Trump with this new hoax.”

HANNITY, March 18: “By the way, this program has always taken the coronavirus seriously. We’ve never called the virus a hoax.” pic.twitter.com/yLKpojA7BI

And he can high-horse around the studio about Joe Lockhart calling for “an honest national conversation, the toxic effect of Fox News.” But (A) that’s not “besmirchment,” and (B) see above, truth is an absolute defense to defamation.

Here, the Washington Post made a helpful video of Fox News “personalities” flip flopping on the danger of the Democrat impeachment coronavirus hoax.

No doubt NBC and Joe Lockhart are shakin’ in their boots!