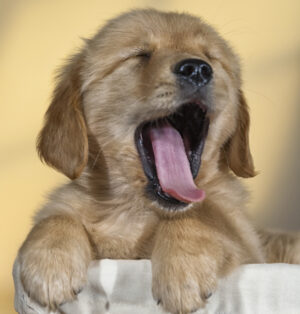 Last week, I wrote about the rarity that is a criminal prosecution for lying during the course of a family law case. It seems that a good number of you took that to mean something along the lines of “email me your story about someone lying in a family law case.” A couple of you even tracked down my phone number to call me with your tales of matrimonial law woe.

There’s nothing really wrong with that, I’m not annoyed or anything (although I might not get back to all of you in a timely fashion, I get a lot of email). I know people need to express this stuff, and therapy is expensive. Unfortunately, there is not a surplus of willing ears ready to listen. Yet, I am only one man.

Nearly crippled by despair over the sorry state of honest discourse in modern society, as I read a few of my more entertaining emails aloud, a partial solution presented itself. I realized that the lab-border collie mix curled up at my feet just viscerally f*cking hates perjury. She simply cannot stand the thought of someone taking an oath and then casually disregarding it.

“Ever since I was a little pup [which was about eight months ago], I’ve had a very strong respect for the truth,” Scooter said. “I couldn’t just sit by in good conscience and let people lie like that when the consequences were so dire. Something had to be done, and after we talked it over, my colleague Mr. Wolf agreed to be my sidekick.”

Thus, the simple household canine Scooter was reborn (on Twitter) as Perjury Dog.

OK, so maybe Scooter didn’t actually say that stuff, but that’s what I took her to mean when I stopped reading perjury emails at her and she rolled over for a belly rub. At any rate, Perjury Dog is a living saint. She is going to listen to all the stories you tweet at her about perjury, perfidiousness, and general dishonesty. Not sure if it’s really perjury or just being an asshole? No problem, Perjury Dog might be able to help you sort it out! If something unusually compelling comes up, maybe she’ll even get her sidekick to write about it.

“We haven’t come up with a name for him yet,” Perjury Dog said. “Maybe Lawyer Person, something like that? It doesn’t really matter, no one’s here for him.”

Perjury Dog isn’t necessarily going to be limited to stories about lying under oath in court. There are all kinds of situations in which lying or evasiveness could (or should) place a person in legal jeopardy, and she wants to call bullshit on all of them. Meanwhile, Perjury Dog’s sidekick, [sidekick name to be determined], will continue to look mainly for financial-related deceitfulness so as to not stretch his editor’s tolerance for columnist creativity to the breaking point. Perjury Dog will also tweet a Perjury Dog Lie of the Week, and a lot of bad dog puns. Woof!

In case any of you need a reminder of the actual definition of perjury, here’s what it is in my jurisdiction (the definition in your jurisdiction should be pretty similar):

Subdivision 1. Acts constituting. Whoever makes a false material statement not believing it to be true in any of the following cases is guilty of perjury and may be sentenced as provided in subdivision 4:

(1) in or for an action, hearing or proceeding of any kind in which the statement is required or authorized by law to be made under oath or affirmation;

(2) in any writing which is required or authorized by law to be under oath or affirmation;

So, feel free to tweet your stories of perjury and nonperjurious dishonesty alike to @PerjuryDog. Have fun, and remember: Perjury Dog is here to listen, and to educate!