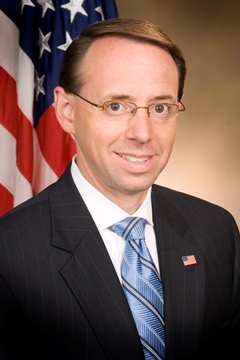 Rod Rosenstein still believes he’s one of the good guys. In fact, he filed a Declaration saying just that last Friday in FBI agent Peter Strzok’s wrongful termination lawsuit. He had to secretly release his employees’ personal texts in the dead of the night with strict instructions that reporters should attribute them so as to imply that they were leaked by Congress. Because if he hadn’t breached every department norm and thrown his employees under the bus, then surely Lisa Page and Peter Strzok would have been ritually humiliated by congressional Republicans. If you think about it (but not too hard), Rosenstein really did them a big favor.

In fall of 2017, the Mueller investigation was rocked by the news that Page and Strzok, two members of the Mueller team investigating the Trump campaign’s ties to Russia, had been having a clandestine affair and sent personal messages critical of Trump during the campaign. Congressional Republicans went ballistic and summoned Rosenstein to answer for himself before the House Judiciary Committee on December 13.

The Justice Department raced to provide the Committee with a complete copy of the pair’s thousands of texts, but they had a list of 375 particularly inflammatory messages that they wanted to get out to the press before the hearing. So late in the evening of December 12 and early the next morning before Rosenstein’s testimony, DOJ spokeswoman Sarah Isgur Flores invited several reporters to view those salacious messages at DOJ headquarters on condition that they not attribute them to the department. 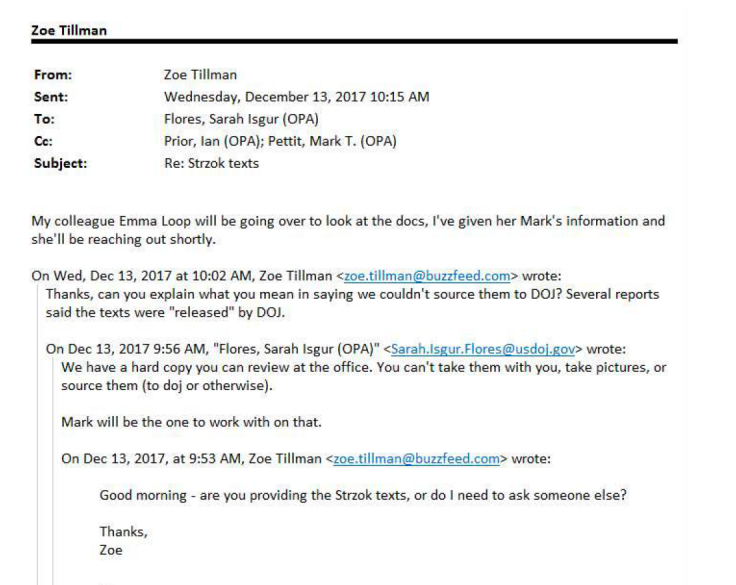 Except Natasha Bertrand, then of Business Insider, published a story about Isgur’s gambit before Rosenstein’s House appearance on the 13th. Several former Justice employees were quoted saying it was highly inappropriate for the DOJ to release evidence during a live investigation.

“It’s appalling behavior by the department,” former DOJ spokesman Matthew Miller told Business Insider. “This is an ongoing investigation in which these employees have due-process rights, and the political leadership at DOJ has thrown them to the wolves so Rosenstein can get credit from House Republicans at his hearing today.”

Asked about it by Democrat Hakeem Jeffries at the hearing, Rosenstein defended himself, saying,  “We consulted with the inspector general to determine that he had no objection to releasing the material. If he had, we would not have released it.”

Only that turned out to be … less than accurate. Just two days later, the IG sent a letter in response to a query from House Judiciary Democrats saying that he hadn’t even okayed the release to Congress, much less members of the press.

Sarah Isgur Flores was similarly squirrelly about the text leak, as documents pried loose by the FOIA warriors at CREW demonstrate. Isgur went on the warpath against Thomson Reuters reporter Mark Hosenball, who dared to suggest that DOJ doesn’t make it a regular practice to disclose evidence in the middle of an investigation. 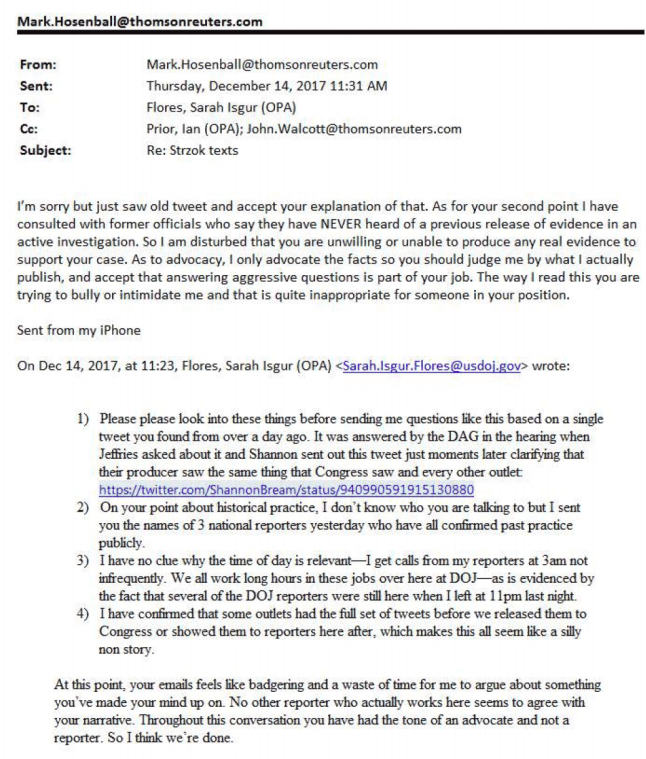 Asked for a response to Page’s complaint that the DOJ threw her to the wolves, subjecting her to a relentless rightwing smear campaign — including simulated orgasms by Donald Trump at his campaign rallies — Rosenstein told the Daily Beast, “Ms. Page received more opprobrium than she deserved for her mistakes, but the Department of Justice is not to blame.”

And in yesterday’s Declaration appended to the Department’s Motion to Dismiss Strzok’s wrongful termination case, he defended himself thusly:

Some congressional members and staff were expected to release them intermittently before, during, and after the hearing, exacerbating the adverse publicity for Mr. Strzok, Ms. Paige, and the Department. The disclosure obviously would adversely affect public confidence in the FBI, but providing the most egregious messages in one package would avoid the additional harm or prolonged selective disclosure and minimize the appearance of the Department concealing information that was embarrassing to the FBI. 

Rosenstein also pinky swears that he consulted the Department’s Acting Chief Privacy and Civil Liberties Officer, who verbally advised him on December 12 that releasing Strzok and Page’s messages without the IG’s go-ahead during an active investigation was totally kosher, so Strzok’s Privacy Act suit must fail.

Judge Amy Berman Jackson will  evaluate Peter Strzok’s legal claims. But you don’t need a gavel to see that Rosenstein didn’t exactly cover himself in glory here. Pretending that his motives were purely noble is really just the icing on the cake.