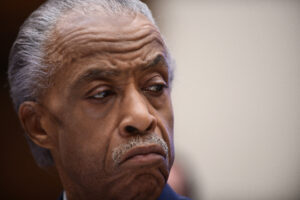 The legal profession in general, and Biglaw specifically, has a problem with diversity. Hell, there’s an entire podcast dedicated to the issue (yes, I’m the host of the podcast and you should definitely listen). And while most firms acknowledge the need for change, and some are actually trying to make improvements, there’s still a lot to be done. Just ask the Reverend Al Sharpton.

Sharpton, along with Reverend Dale Dennis, used the occasion of the appointment of Tamika Montgomery-Reeves to the Delaware Supreme Court (the first person of color to be appointed to the state’s high court) to tee off on the problem of diversity in the legal profession. They did so by sending a pointed letter to Biglaw giant Skadden Arps calling them out for their lack of diversity, particularly in their Delaware office (you can read the full letter below):

While Skadden claims that “diversity and inclusion are fundamental to [its] success as a global law firm,” its presence in Wilmington tells a different story.

According to Skadden Arps’ own reporting on law firm diversity, of the 72 lawyers in the firm’s Wilmington office, exactly one Summer Associate is Black, while 9 of 10 partners are white. And of 49 full associates in the same office, just six are racial minorities.

Clearly, this is a systemic issue. One that has plagued the legal industry for decades, but one that must change. How can we achieve an equitable justice system if people of color aren’t afforded the opportunity to work at the most prestigious law firms? How can we expect the judges in our courts to reflect the racial, ethnic, and gender diversity of the communities they represent if they do not gain the experience needed to rise to those positions?

While the letter takes issue with the legal industry as a whole, Reverend Sharpton told Above the law why targeting Skadden specifically is so important:

“If we’re going to fix the institutional and systemic neglect of people of color in Delaware’s court system, it’s critical we look at where its justices come from. Take a look at judges like Chancery Court Chancellor Andrew Bouchard, or even retired Delaware Supreme Court Justice Leo Strine, where did they come from? Skadden Arps. One firm, Skadden Arps, has an especially significant impact on an entire state’s justice system. Therefore, Skadden Arps needs to lead the effort to more completely diversify the ranks of law firm partners and judges in this state.”

Sharpton and Dennis also wrote that they are commissioning a study of diversity in Delaware to better understand the contours of the problem:

To remedy these issues, we must first understand how deep they are. That is why we are commissioning a study on the state of diversity in Delaware’s legal industry. The study will give the people of Delaware, the 18th most diverse state in the country, the opportunity to understand how their diverse perspectives are represented in one of the state’s most prominent and lucrative industries.

We reached out to Skadden for comment, but have not as yet heard back.