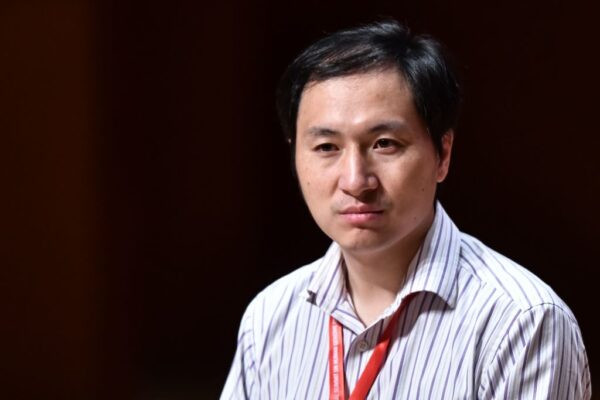 Scientist He Jiankui, shown on Nov. 28, 2018 at the Second International Summit on Human Genome Editing in Hong Kong

A Chinese scientist who last year sparked controversy with the announcement that he had used gene-editing technology on human embryos has been sentenced to prison, Chinese state media reported.

The Xinhua News Agency reported Monday that a court in Shenzhen, Guangdong province – a booming city near Hong Kong – had sentenced researcher Jiankui He to three years in prison and fined him 3 million yuan, equivalent to about $430,000.

Two researchers at other medical institutes in Guangdong, Renli Zhang and Jinzhou Qin, received respective two-year and 18-month prison terms and fines as well, Xinhua reported. The verdict stated that all three had knowingly violated China’s regulations and ethical principles to practice gene editing despite not being licensed physicians and had done so in the interest of personal gain.

He, a researcher at the Southern University of Science and Technology, also in Shenzhen, caused a global outcry last November when he announced in a series of videos on YouTube the birth of twin girls whose genomes he and a team of researchers had edited using CRISPR-Cas9 technology. The girls’ genomes were edited so they would not carry the gene CCR5, which hypothetically would render them immune to HIV, smallpox and cholera.

The announcement sparked an immediate backlash, with 120 Chinese scientists condemning the experiment as “crazy” and “unethical,” and He’s university soon suspended him without pay pending an investigation. Xinhua later reported that a second woman had also given birth to a gene-edited child, and He had used falsified ethical review papers to persuade couples to take part in his experiments. Meanwhile, 18 scientists signed a statement published in Nature calling for a global moratorium on human genetic engineering, with countries agreeing not to approve editing of heritable DNA – also known as human germline editing – unless certain conditions are met.

Rice University in Houston, which He had attended, also launched an inquiry into a professor under whom He had studied, Michael Deem, following news reports that quoted him as saying he had been involved in the research. Rice University director of media relations Doug Miller said in a phone interview that the investigation was still underway, but declined to comment further.