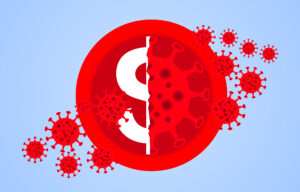 The president says that he has total authority to reopen the country after we conquer COVID-19.

The governors disagree; they say that only governors can reopen the country, state by state.

The president retreats: He has total authority to “authorize” the governors to reopen as they like.

Which leaves me hiding over here in the weeds, asking: Don’t corporations get a say in this?

Some corporations don’t get much of a say: If you’re in the restaurant business, you need a waitstaff. Your dry cleaning business needs help on site.  Your janitorial business needs people in place.

Those businesses will probably reopen as soon as the government says it’s safe.

But other businesses, such as professional services firms, have veto power over the governors and the president: Law firms and accounting firms and management consulting firms and banks can do much of their business remotely. Those firms are under little pressure to require employees to commute to downtown offices, and those entities may well bide their time.

Most CEOs aren’t itching to sicken or kill their own employees. Most CEOs want to protect employee health and respect employees’ personal preferences in times as uncertain as these. The reopening of the economy may give those CEOs a lot of flexibility.

If your employees can do most of their work from home, how should you reopen your offices?

Whose personal presence in an office is essential? People who must be physically present in the office should be among the first to return to work.

Think about where your offices are located: Rural offices might reopen more quickly than those in densely populated urban areas.

What does the floor plan at your office look like? An open floor plan might not permit social distancing. A floor plan with individual offices might allow appropriate spacing.

How are the elevators and lobbies configured in your buildings? Will people be crowded together in public spaces?

Should people return to work slowly? Have only 25 percent of the workforce return to work in the beginning, or perhaps work alternating shifts on Monday/Wednesday/Friday or Tuesday/Thursday, to reduce the number of people in the office at any one time?

Should employees themselves get any say in the process? Should you permit people who are uncomfortable going to an office to work from home for longer?

The president and the governors can flap their lips, but corporations will have a big say in this.

I had one other thought about returning to work that makes me extremely uncomfortable: These are partisan times. The screaming heads on MSNBC and Fox despise each other. The commenters on websites loathe the “libtards” and the “Trumpkins,” depending on whose side you’re on. This is bad.

Who ever thought that politics would cause people to cheer for different medicines?

Issues surrounding the reopening of the economy make this partisanship yet worse: Conservatives hope, I assume, that all portions of the country can open quickly and safely. If that happens, the economy might recover before November, and Trump might get re-elected.

Liberals are, I fear, hoping that Trump and the red-state governors miscalculate in their plan to reopen the country: If red states reopen quickly and COVID-19 resurges, then the economy (and Trump’s credibility) don’t fare nearly as well, and Biden is more likely to win the election.

Partisanship is unavoidable, I suppose, even if it’s petty and unappealing.

No intelligent person would really hold these views: No one wishes misery on others.

And I’m certainly not saying that Democrats are evil for wishing death on others, and Republicans are good because they’re wishing for health. I’m confident that if the partisan rooting interests were reversed, then Republicans would theoretically favor death and Democrats life.

But I sure don’t like a political dispute that encourages one half of our country to wish harm on the other half. That feels a bit too much like the Civil War for my taste.

Mark Herrmann spent 17 years as a partner at a leading international law firm and is now deputy general counsel at a large international company. He is the author of The Curmudgeon’s Guide to Practicing Law and Drug and Device Product Liability Litigation Strategy (affiliate links). You can reach him by email at inhouse@abovethelaw.com.