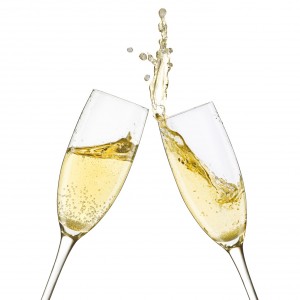 The U.S. equities market is doing well, and that’s great. Various stock market indexes have been hovering around record highs for weeks. Although the total U.S. stock market capitalization (the dollar value of all U.S. held stocks, combined) is a little hard to calculate with pinpoint accuracy, rough estimates based on recent data put it at comfortably over $30 trillion when translated into dollars from its raw state as a percentage of GDP. Older (but perhaps more thorough) analysis put the total value of all U.S. stocks at $34 trillion.

Any way you look at it, $34 trillion is a lot of money. The people who own stocks, myself included, are seeing swollen brokerage accounts and large 401(k) balances, and there’s nothing wrong with getting a little excited about it.

Yet, there’s a reason a ledger book has columns for both debits and credits. It doesn’t do you much good to consider assets without also accounting for liabilities, and while the U.S. stock market is roaring, so are both public and private debt totals.

A few days ago, the New York Fed released numbers showing that U.S. household debt just surpassed $14 trillion for the first time ever. Household debt is pretty much exactly what it sounds like: what individuals and families owe for things like student loans, car loans, mortgages, and credit card balances. The last time total household debt peaked at anywhere near this figure was in the third quarter of 2008, as the teeth of the Great Recession really sunk in. Still, at its previous high in 2008, the total household debt level only ever reached $12.7 trillion, about ten percent less than its current total.

Meanwhile, the U.S. national debt has also exploded into uncharted territory. As I write this, the U.S. national debt stands at $23.3 trillion, and it will be even higher by the time you’re reading about it. That is, by far, the highest U.S. national debt total ever, and it’s only going to climb from here. The total federal budget deficit over the past 12 months was $1.06 trillion. Right now, the federal government is running up an average of $100 billion in additional debt per month. That’s not exactly how it’s supposed to go in booming economic times.

Those are a lot of big, hard-to-comprehend numbers. But it’s not hard to comprehend that the combined total of U.S. household debt and national debt, $37.3 trillion, is enough to swamp the theoretical $34 trillion total value of the U.S. stock market.

Of course, it’s not quite as simple as weighing the asset of stock market value against the liabilities of household and national debt. There are a lot of other ways Americans hold assets which have little or nothing to do with the stock market, and it’s not like the national debt just functions exactly like a giant credit card bill. Still, some of the complicating factors highlight exactly why it is dangerous to celebrate a roaring stock market while ignoring burgeoning debt loads.

The richest 10 percent of Americans own 84 percent of the stocks, and guess what? Those people (well, “us” people, probably, if I’m being fair) tend not to be the ones who are struggling to pay off things like credit card debt. The heaviest household debt burdens tend to fall on the people who stand to gain the least from stock market returns. Likewise, when it comes time to pay off the national debt (or at least slow its expanding corpulence) with tax dollars, even though the rich may pay more taxes in terms of total dollar amounts, they (along with corporations) pay taxes at lower rates than the working class.

So, before you pop too many corks celebrating this supposedly fantastic economy, remember that someone is going to have to pick up the tab at the end of the night. If you’re lucky, maybe it won’t be you. But even if it isn’t, consider that perhaps it’s bad form to dine and dash on the working class.