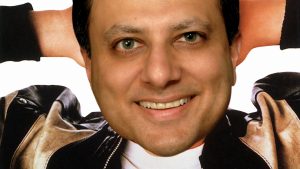 The ongoing semanto-linguistic debate over the being and bounds of insider-trading has driven men to hope, despair and the brink of madness, It has even driven Congress to consider that most unprecedented act of all: doing something about it. But what if it were all for naught? What if prosecutors have always (or, at least for the last 17 years) had a bulletproof definition ready to hand, and were just using the wrong part of the criminal code? The very court that started all of the drama thinks they do, which is pretty embarrassing for all involved, and exceptionally bad news for Medicare inside dirt peddler David Blaszczak.

The appeals court on Monday said the personal-benefit requirement did not apply to the newer law, which groups insider trading with wire and mail fraud under Title 18 of the U.S. criminal code, as opposed to Title 15 for Exchange Act cases…. The judges said there were many areas where the federal criminal laws overlapped, and noted that it was not their role to favor one kind of case over another….

“If I’m a federal prosecutor in Manhattan, I’m going to steer clear of Title 15 in the future….”

None of this is much more than a bad omen for Telemaque Lavidas, one of only three members of the global, interconnected $100 million insider-trading ring outlined in four separate indictments to have the misfortune of being within prosecutors’ grasp, and thus facing trial next week. This is because prosecutors allege that Lavidas did, in fact, enjoy a personal benefit, notably a half-million dollar investment in his nutrition company in exchange for information about the pharmaceutical company on whose board his father served. Lavidas says he was way too far removed from any nefarious trading—prosecutors say he was all of one degree removed, but whatever—to be held responsible, the argument which successfully kept Anthony Chiasson and Todd Newman out of jail but whose effectiveness has been slowly eroded by the courts since. For our purposes, then, the trial will mostly be interesting for the testimony of this man, who will hopefully be able to paint a lurid picture of the place of Pops and Popsy and the Goldman guy in this international insider caper.

Mr. Lavidas’s trial, which starts Monday with jury selection, is expected to feature a star government witness: a Switzerland-based trader named Marc Demane Debih who was arrested in Serbia in 2018 and extradited to New York in 2019. Mr. Demane pleaded guilty in October to a sealed 38-count indictment, including securities fraud and money-laundering charges, and has been cooperating with federal prosecutors, court filings show…. Court filings suggest that Mr. Demane played a central role in the alleged insider-trading ring, which investigators have said involved residents of the U.S., Switzerland, Israel, Cyprus, Greece, Hong Kong, France and the U.K.