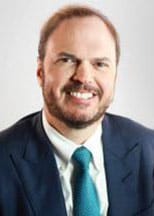 Sad news from Illinois. Over the weekend, attorney Randy Gori, 47, was found dead of an apparent homicide. Authorities received a 911 call around 9 p.m. on Saturday and arrived at a home in Edwardsville, Illinois where they found Gori dead. The Major Case Squad of Greater St. Louis is investigating the death.

Police say that “a strong person of interest” was detained on Sunday, and a black 2020 Rolls-Royce Cullinan SUV belonging to Gori, that was missing from the crime scene, was recovered.

Gori received his J.D. from the Saint Louis University School of Law and his legal practice focused on nationwide asbestos litigation. Gori had recently made a donation to the city of Edwardsville’s “A Better Place to Play” campaign, which Mayor Hal Patton referenced in a statement on Gori’s death, as reported by the Edwardsville Intelligencer:

“We are struggling to get our heads around this sickening and senseless murder,” he said. “Our hearts go out to Randy’s family and to his loved ones. I knew Randy as a friend and a tireless businessman. He was heavily involved in our Downtown Edwardsville Revitalization, but more importantly, his investments were secondary to his philanthropy.”

Gori and his family recently donated $2.5 million to the city for its proposed ice rink and teen center, which includes naming rights.

“Randy and his firm gave generously of their time and resources to causes for which Randy was passionate,” Patton continued. “From a local family in need to causes fighting cancer, Randy would always step up because he truly cared about others.

“The city of Edwardsville will offer any and all of our resources to the county and Major Case Squad in their efforts to apprehend the person or persons responsible for this despicable act.”

“It is with an incredibly heavy heart that we communicate the passing of our managing partner and co-founder, Randy Gori. Randy was a true leader, a wonderful attorney and friend and a champion of our community. He gave so much to everyone he knew both personally and professionally. We will continue the legacy that Randy created and ask the community to join with us in supporting his family during this difficult time.”

“He approached everyone with a smile and was dedicated to the pursuit of justice for his clients,” Mudge said. “Randy’s generosity and support of this community was second to none. He will be missed here at the courthouse.

“Our collective heart goes out to Randy Gori’s family, law firm and friends.”

Our thoughts go our to Gori’s family and colleagues during this difficult time.