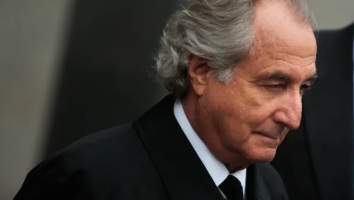 We once called it the worst job in the world. Its incumbent seemed inclined to agree. And yet, a dozen years and $13 billion later, Irving Picard is still beavering away as the court-appointed trustee in the Bernie Madoff case. And, as far as the Trump administration is concerned, he should keep at it until long after Madoff dies, if that’s what it takes, especially if the remaining enablers of the sleazebag who ripped off the president’s friends (which is the only reason, we assume, that he hasn’t already been pardoned with the others) are perfidious foreigners.

The U.S. solicitor general on Friday urged the U.S. Supreme Court to pave the way for continued litigation against these foreign institutions, some of the last remaining targets in the global hunt for stolen cash from Mr. Madoff’s $20 billion fraud….

Mr. Picard has long insisted that under U.S. bankruptcy law, he can recoup Ponzi scheme proceeds that were distributed from offshore funds in the British Virgin Islands, Cayman Islands and Bermuda…. Banks including HSBC Holdings PLC, Crédit Agricole SA and Société Générale SA have said that transfers occurring entirely outside the U.S. were beyond the trustee’s reach.