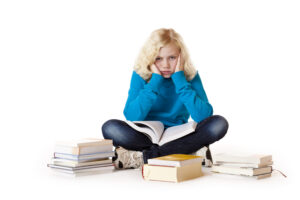 Anyone who watches the news (or their investment accounts) lately understands how the COVID-19 pandemic is negatively impacting the economy. Unemployment is on the rise, and job prospects seem especially poor for people who will soon graduate from school and those who have recently graduated. Many students may think that going to law school can help them ride out the economic downturn and that job prospects will be better for them when they graduate with their law degrees. In fact, an increased number of people have been reaching out to me recently for advice about whether they should apply to law school. However, individuals should be very cautious about heading to law school because of the negative economic climate.

I enrolled in law school in 2009, which was close to the height of the Great Recession. Job prospects for college graduates were absolutely atrocious, and many of my classmates were underemployed after graduation or worked in jobs that did not require a college degree. I can’t say that the economic climate was a substantial factor in my decision to head to law school (I started studying for the LSAT before the Great Recession), but heading to law school made me less worried about the economy than some of my classmates.

However, heading to law school during the Great Recession was not the best time to be a law student. The increase in applications to law schools made it more difficult to be admitted to top programs, since there were more qualified candidates competing for a limited number of spots. In addition, it was harder to receive generous scholarship offers during this period, since schools gave money to candidates with higher-than-usual admission statistics.

Shortly after the Great Recession reached a nadir, applications to law school dropped off precipitously. Improved job prospects in nonlegal sectors led less people to apply to law school. In addition, news about issues facing recent law school graduates reached the mainstream and gave prospective law students pause. Had my colleagues (and I) waited several years to apply for law school, it is possible that we would have been able to be admitted to better programs with more scholarship offers.

Of course, some people cannot wait to go to law school, and others have their minds set on certain programs and do not need to maximize their chances at getting admitted to various schools with different scholarship offers. However, if you can shelter the COVID-19 storm before applying to law school, you might be accepted to better programs with higher scholarship offers at a future time.

It should also go without saying that you should not go to law school because you want to ride out the economic downturn caused by COVID-19 even though you have little interest in practicing law. It might sound ridiculous that people would attend law school when they don’t think they will actually use a law degree, but this was the situation faced by many of my colleagues during the Great Recession. I had friends and law school classmates who told me how they never wanted to be lawyers. They attended law school to wait out the economic downturn and move their lives forward with some kind of pursuit during a difficult time.

If your parents are footing your law school bill, and you will realize few financial consequences from enrolling in law school, then it might be fine to ride out the economic downturn in law school. I personally know individuals from wealthy families who fit this description, and although none of these folks are practicing law now, they landed on their feet after graduation. However, for all of us who don’t have someone paying for our educational costs, earning a law degree to kill time can be a horrible decision.

Practicing law is sometimes a grueling profession, and people who do not have a passion for the law can burn out quickly. In addition, even though law school admissions officers might try to push how a law degree is a flexible credential, earning a JD has few uses other than practicing law. This is even more accurate when you consider that law school does a poor job of teaching the black letter principles that might be needed in business, compliance, and other fields related to the law.

I am sure numerous readers of this article who are veterans of the Great Recession know people who went to law school even though they didn’t have a passion for the law, and many of these folks are miserable. However, they are shackled by student loans, and many must work legal jobs just to earn enough money to stay current on that debt. You do not want to end up in this position, and prospective law school applicants should learn from the example of individuals a decade ago and not let an economic downturn be the primary reason they head to law school.

All told, it can be comforting to attend law school during an economic downturn, and pursuing a law degree may be easier than confronting the harsh realities of the job market. However, do not let COVID-19 motivate you to think about enrolling in law school. Applicants should only consider a legal education if they have a passion for the law and should not let economic conditions influence their decisions about graduate school.