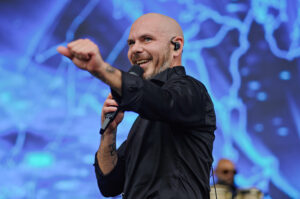 Were you having trouble getting your Note finished while you broke your personal Mario Kart record while studying for “Cloud Formations and the Law”? Well, while you did that, Pitbull decided to get a work of legal scholarship published. In a T14 journal, no less. And so Mr. Worldwide adds another jewel to his “EGOTLRA,” adding “Law Review Article” to his Grammy.

The article, “EEEEEEEYOOOOOO!: Reflections on Protecting Pitbull’s Famous Grito,” appears in the latest NYU Journal of Intellectual Property and Entertainment Law and offers the perspectives of Pitbull and his attorneys — Partner and Entertainment, Media & Technology Industry Group chair Leslie Zigel and Senior Counsel Justin McNaughton of Greenspoon Marder and entertainment attorney Ryan Kairalla — discussing the work they undertook in filing to get Pitbull’s instantly recognizable yell registered as a sound mark. To put this in context, there are about 2.6 million active trademarks right now and only 36 of those marks are wordless sounds — sounds like NBC’s chime or the MGM lion roar. That’s… not a lot.

NYUJIPEL Editor-in-Chief Nicholas Vincent said the idea for the article was first floated by Kairalla, an NYU Law alum, who approached the journal with the idea of a practitioner-based essay about the application and how its success could prove important music industry as a whole. Vincent said the journal “saw this as a cool opportunity to not only have practitioners talking about what they’ve done, but also to provide some practice advice.”

The article discusses the cultural history of the grito — an individually distinctive signature yell with deep Mexican cultural roots — and charts Pitbull’s consistent use of his personal grito throughout his career, evidence that contributed to the USPTO’s decision to grant Pitbull two marks for the yell (one for live performances and one for recordings).

You can check out the whole article on the next page and in the below video, you can watch three of the authors (the ones who aren’t internationally known musicians) speak with NYUJIPEL Staff Editor Zach Bass: