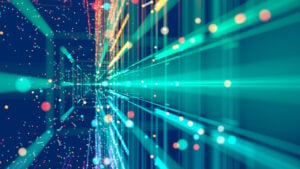 If you want a glimpse of what private law may look like in 2030, check out the work being done at Elevate. The alternative legal service provider (“ALSP”) has been on a tear of late, and it’s got a vision for the shape of the legal marketplace that merits attention. Luckily for me, members of Elevate’s senior leadership, including CEO Liam Brown and President John Croft were willing to sit down and discuss that vision with me recently.

The elevator pitch for Elevate is simple, according to Brown: “We’re Accenture for law.” Elevate operates as a consulting group working with both in-house legal departments and private law firms on long-term strategy issues, technology selection, workflow design, legal-spend planning, and most any other kind of problem a legal team might need to address. So far, so normal. Where Elevate gets interesting is in its basic conception of the legal marketplace, and its vision for how to break down that concept going forward.

Elevate sees the legal market broken into three camps: law firms, law companies, and law departments. Law firms are self-explanatory; collections of licensed attorneys whose primary focus is providing clients legal advice. Law companies are what most would call ALSPs. Law companies focus on providing their clients with business solutions to problems that include a legal dimension. Law departments are the in-house interface point for law firms and law companies, and provide their parent company legal advice, strategy, and business solutions.

Elevate’s fundamental insight is that, although each of these three types of organizations is different, the people who make them up are fundamentally the same. Per Brown, “when you think about the sort of tribe of people, whether or not you work at a law company, a law department, or a law firm today, those people are just delivering differently for customers. We’re all kind of sort of part of this tribe of people that are really trying to make a dent in the universe.”

Getting The Team Together

Elevate’s effort to fuzz the lines between ALSP and law firms is in full swing. In the UK, where ownership of law firms isn’t limited to attorneys, Elevate purchased a midsize firm called Halebury outright. While the entities remain separate, their unified ownership means that Elevate can effectively cover the entire spectrum of legal services. There’s no reason Halebury attorneys wouldn’t want to freely collaborate with Elevate professional staff, because every dollar earned and good result achieved flows back to Elevate itself.

In the US and elsewhere, where law firm ownership remains restricted to licensed attorneys, Elevate has partnered closely with independent Biglaw firms. According to Elevate’s recent presentation at the legal-oriented SOLID West Conference, its team-up with international powerhouse Hogan Lovells is paying off in big ways.

For example, as you’re probably aware, the London Interbank Offered Rate (“LIBOR”) has long been the standard benchmark interest rate. It’s omnipresent in transactional contracts. LIBOR is being discontinued in 2021, and the administrative headache of managing the transition is staggering. Hogan Lovells set out to become a one-stop shop for clients dealing with that transition. Rather than build it from the ground up, Hogan Lovells brought in Elevate’s technical and consulting expertise to build its tool, which ended up making the program 50% more efficient than Hogan Lovell’s traditional law firm model would have been.

In a similar vein, Hogan Lovells turned to Elevate to help it build a flexible lawyer resourcing center. As John Croft put it, “if you look at the shape of any law firm, what are the chances that the client needs the exact mix of people the firm employs on any given day? The answer is 0%. If you wander around a law firm, either there are people sitting around doing nothing or there are people pulling all-nighters and working all weekend.”

Hogan Lovells could have built its own staffing program from the ground up. Instead, it collaborated with Elevate, which had already built its own flexible legal staffing center in Phoenix. Elevate used that expertise and infrastructure to help Hogan Lovells build its own captive law firm to provide low cost virtual services to its clients, which ended up reducing Hogan Lovell’s overhead on the project by 57%, cutting down the break-even point of the project dramatically.

To A Better, More Profitable Future

Under conventional thinking, what Elevate is doing is crazy. It’s helping one of its competitors provide better and broader customer service at lower prices. But by getting out of the competitive mindset, and by being willing to fuzz the lines and see each other as collaborators rather than enemies, Hogan Lovell and Elevate have to date brought in $40million in revenue they otherwise wouldn’t have been able to get.

While breaking down the traditional lines between lawyers and other legal professionals may seem threatening to those of us with JDs, in Brown’s experience the collaborative approach has improved the lives of the lawyers working with Elevate. According to Brown, marrying ALSPs and law firms has meant unbundling Elevate’s lawyers from the lower-tier work, “the cluster of email in their inbox that would turn up on a Thursday evening when they were leaving to pick up their kids from football practice.” In Elevate’s vision, lawyers spend less time on busy work and more time where they’re most valuable, analyzing law and advising clients.

Elevate’s vision is a strong one. I’ve long said that law firms looking to remain competitive in the coming economy will need to find new ways to deliver value at reduced costs. Partnering with ALSPs, rather than competing with them, is a strong play in that direction. Both players bring different strengths to the table, and both stand to win by bringing onboard clients they couldn’t land separately.

Collaboration, instead of competition, can lift up everybody. 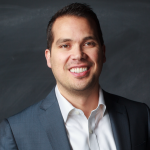