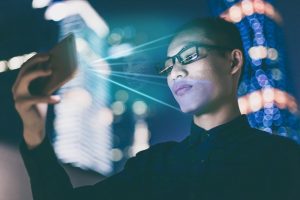 Let’s face it: people are sensitive when it comes to facial recognition technology. Having your photo as part of a database for servicing of tailored advertising to you is one thing, but being a part of a surveillance platform is another. Having large amounts of photos in a database is nothing new, but the advent of artificial intelligence (AI) has created new ways to analyze and use such images and related data. Any way you look at it, the advent of AI is changing, well, the face of facial recognition technology. The problem, however, is that the technology is outpacing the ability of the law to catch up.  When it comes to technology, let’s just day that there’s more to your face than meets the digital eye.

As I have written here before, your face may simply not be “yours” anymore. In a report from Georgetown Law’s Center on Privacy and Technology, the Center found more than 117 million adults are part of a “virtual, perpetual lineup,” accessible to law enforcement nationwide. Yep — even though you may not have ever gotten anything more than a speeding ticket, your photo may be part of digital lineup of more than 3 billion faces. Think I am exaggerating? Think again — back in 2011 Google itself admitted that it built, then withheld, facial recognition technology because of the potential for its abuse.  More recently, a company called Clearview AI has made news for developing a facial recognition app that over 600 law enforcement agencies are apparently using to solve cases ranging from shoplifting to child sexual exploitation cases. The point is that the concern is more than an academic one.

Although I applaud the evolution of this technology, I worry about its application under the existing legal framework. Why? Let me count (a few of) the ways:

I actually applaud this evolution of this technology, but caution should be exercised. In much the same way that the privacy of personal health information (and the technology used in obtaining, storing, and transmitting it) garnered the passage of federal legislation and regulations to protect it (i.e., HIPAA and the HITECH Act) , some form of federal legislation and regulation is required to address the collection photos and data for facial recognition to ensure that the technology is not misused. Needless to say, the continued evolution of AI and facial recognition technology will challenge current notions of privacy, but such challenges should not erode (or worse, eviscerate) our right to privacy as we know it. Face it — that would be something worth smiling about.

Tom Kulik is an Intellectual Property & Information Technology Partner at the Dallas-based law firm of Scheef & Stone, LLP. In private practice for over 20 years, Tom is a sought-after technology lawyer who uses his industry experience as a former computer systems engineer to creatively counsel and help his clients navigate the complexities of law and technology in their business. News outlets reach out to Tom for his insight, and he has been quoted by national media organizations. Get in touch with Tom on Twitter (@LegalIntangibls) or Facebook (www.facebook.com/technologylawyer), or contact him directly at tom.kulik@solidcounsel.com.