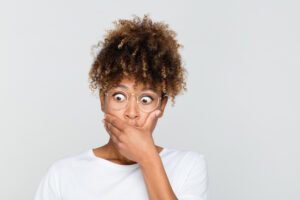 There’s a pay-to-play admissions scandal that’s claiming the heads of high-ranking officials at Texas Southern’s Thurgood Marshall School of Law. In November, the university announced they were opening an investigation surrounding irregularities in admissions. Pretty soon, local media was reporting the investigation was about the law school. According to a statement by the university’s board of regents, at least two students were improperly admitted to the law school.

Now the scandal has led to the firing of Dr. Austin Lane, the now-former president of Texas Southern University. Lane, who had been at Texas Southern since 2016, was placed on leave January 10th due the the probe into the admissions scandal. On Wednesday, the board of regents voted 6-1 to propose terminating Lane, due in large part to his lack of oversight of admissions:

The Texas Southern University Board of Regents voted today to propose the termination of Dr. Austin A. Lane. This action is based on an audit committee’s finding that Dr. Lane violated his contract, including the termination for cause provision. His actions relate in part to failure to report to the board information relating to improper payments for admissions to the Thurgood Marshall School of Law and for the improper awarding of scholarships to students, which led in part to the initiation of a comprehensive investigation.

The termination letter also said that Lane and his assistant attempted to direct another former law school official to misrepresent LSAT data to the ABA. Additionally, the board said they found attempts by Lane to conceal excessive entertainment expenses to prevent scrutiny of them. The circumstances around these incidents remain under investigation. The board also indicated they hired three separate law firms to assist them in the investigation.

Lane has 30 days to dispute the board’s findings, and by all reports he’ll do just that. During the board meeting, Lane reportedly called out, “That is a lie!” while they were discussing the allegations against him. He also said he rejected a settlement offer from the board:

Lane said he and attorney Darryl Carter refused an hours-long attempt by the board to negotiate a buyout through an attorney.

And he’s publicly said the fight over his termination will continue:

Dr. Austin Lane said he did everything with integrity and honor as president of Texas Southern University and that he would be back in 30 days to address allegations made by the board of regents, who terminated him on Tuesday.  Supporters stood with him as he made his comments. pic.twitter.com/n0iOPfcuiw

Regardless of the ultimate disposition of Lane’s case, the aftershocks of this admission scandal will linger.