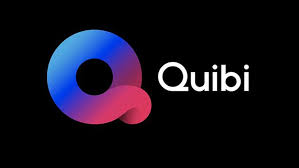 Try as I might, I cannot figure out why anyone thinks Quibi, the short-form mobile video streaming platform helmed by Hollywood bigwig Jeffrey Katzenberg and former Hewlett Packard CEO Meg Whitman is a good idea. I cannot grasp why the success of things like “Game of Thrones” and “Succession” and other excruciatingly long television shows I haven’t watched would make anyone, let alone Disney, NBCUniversal and Sony, among others, think that people don’t want anything longer than 10 minutes to watch. I cannot fathom what makes people—particularly the people at the aforementioned companies running competing services—think that the world needs another premium content platform, a YouTube that you have to pay for. I do not see what is so groundbreaking about a technology that knows which way you are holding your phone and plays you a different version of the show you are watching depending on whether its horizontal or vertical. I think it hilariously apropos that this useless product debuted at precisely the moment people were looking to kill as much time as possible, much more than 10 minutes.

Paul Singer also doesn’t think Quibi should exist, but for a different reason.

Elliott has agreed to fund a suit brought by interactive-video company Eko, which claims Quibi is violating its patents and has stolen trade secrets, the people said. As part of the financing, Elliott would end up with an equity stake, the people said….

The litigation concerns a Quibi feature called “Turnstyle,” which the company has described as a groundbreaking technology…. New York-based Eko, whose official corporate name is Interlude US Inc., has demanded that Quibi stop using its technology or license it….

Elliott’s agreement with Eko reflects its belief in Eko’s legal case and in the company’s technology, the people said.