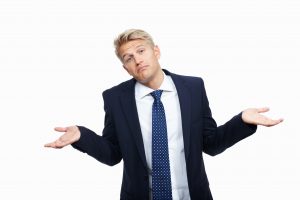 As anyone who lived through the George W. Bush administration will tell you, nothing can possibly go wrong when you put Alberto Gonzales in charge of something. The former Attorney General most famous for saying that declaring that torture wasn’t torture and then resigning before being impeached is now the dean at Belmont University College of Law and like the rest of the legal academy, he’s trying to find a solution to keeping a law school running during a pandemic. Though while the overwhelming majority of law schools have gone to a mandatory Pass/Fail option to avoid unreliable results while still guaranteeing students display subject matter competency, Belmont cooked up a different plan.

Belmont’s policy is an optional, post-grading Pass/Fail system, which is a mistake for all the reasons outlined in these articles on Notre Dame’s poor policy, but it manages to get even worse because the school is limiting students to seven credit hours of Pass/Fail. Since the election occurs after grading, students taking a Pass/Fail are actually flagging that any potential employers should be suspect of student results in certain classes. And because students won’t choose the same classes, employers will see some people with As in those classes and others with Ps and assume — fairly or unfairly — that this is a C-level student.

This helps absolutely no one.

And there’s pretty much no one outside of the dean’s echo chamber suggesting this policy makes a lick of sense. The 1L class of 144 students wrote an open letter demanding a new grading policy. A professor reportedly told a class “This is the option nobody wanted but it’s the option we have.” The exam period kicks off later this week and the school is still clinging to this nonsense.

A tipster informs us that students are being told, “There are two things you can control: your attitude and your effort” which isn’t actually true since they also control which classes will be taken Pass/Fail, meaning the school can’t even stick to its own tone deaf “can-do, bootstraps” philosophy. Schools sticking to a “screw it, let’s pretend nothing’s changed” may be wrong but at least it’s intellectually consistent. It’s not even clear what a policy like this is supposed to accomplish.

Honestly, an optional, pre-exam, blanket Pass/Fail seemed like the worst possible Pass/Fail accommodation but Gonzales has dug deep and come up with something even more problematic. The policy is basically a fig leaf, but where the fig leaf is completely transparent.

It boggles the mind.