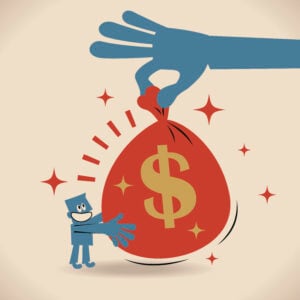 There was a day when the annual holiday bonus meant an “annual holiday bonus.” Firms would announce associate bonuses well in advance of the holidays and pay them out with ample time to help everyone have a festive holiday season. These announcements would often come out right before the firm holiday party so everyone could walk up and thank the partners for sharing the wealth during the happiest season of all.

This year, after Milbank got the bonuses rolling way earlier than usual, the Biglaw community mostly sat on their hands. Many firms followed suit in the following weeks, but some big players just never made any announcement at all.

We’re still waiting on some of those delinquent firms, but Goodwin Procter has lived up to its consistency. While it’s not a holiday bonus, the firm traditionally announces bonuses at the end of January and it’s done so again.

Bonuses are available to those meeting the 1,950-hour threshold during the firm’s fiscal year ending September 30, 2019. The scale, which should be familiar to everyone by now, is as follows:

Bonuses will be paid tomorrow.

The firm also announced the salaries for the coming year which also follows the market:

The firm doesn’t go that extra year to $340K that some firms do, but that’s most likely because it starts to make off grid arrangements with those more senior.

Congratulations to Goodwin’s team! Meanwhile, we’re still waiting on some of you holdout firms.

(Full text of the memo on the next page…)

Please help us help you when it comes to bonus news at other firms. As soon as your firm’s bonus memo comes out, please email it to us (subject line: “[Firm Name] Bonus”) or text us (646-820-8477). Please include the memo if available. You can take a photo of the memo and send it via text or email if you don’t want to forward the original PDF or Word file.

And if you’d like to sign up for ATL’s Bonus Alerts, please scroll down and enter your email address in the box below this post. If you previously signed up for the bonus alerts, you don’t need to do anything. You’ll receive an email notification within minutes of each bonus announcement that we publish.