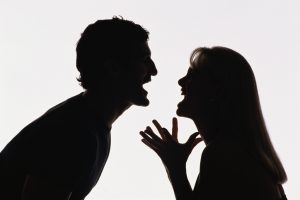 It’s not exactly news that public sentiment toward the news has been abysmally low these past few years, with a September Gallup poll showing only 41% of Americans trust the media. Along with that mistrust, there’s the perception that journalists and the organizations that employ us are politically biased.

Although numerous academic studies and think pieces have sought to determine where that mistrust and perception of bias come from, I have a simpler answer: We’re not the ones who are biased – you are.

Of course, I use “you” in the proverbial sense. But after many social media battles with people on the left and the right who regard news media – especially of the mainstream variety – as irredeemable garbage, I’ve come to the conclusion that such low opinions of our profession and industry stem not from anything we are collectively doing wrong. Rather, they’re almost entirely a symptom of political polarization, mistrust in traditional institutions and ignorance about how we actually do our jobs.

That would seem to be why, at least in my experience, negative generalizations about news media and accusations of bias and untrustworthiness seem most frequent among those who dwell in the further reaches of the political left and right. It’s also why such politically motivated detractors flock to openly partisan or “adversarial” outlets and writers who affirm their worldviews while irresponsibly pandering to their cynicism toward mainstream media.

Of course, left- and right-wing journo haters have given me explanations of their own. From the left, I’m told that the failure of most mainstream outlets to discredit the case for the war in Iraq is why mainstream media suck. Those on the right cite a handful of discredited reports about the Trump administration to make the same case. In other words, we’re at once both “enemies of the people” in a conspiracy against the Republican party and corporate shills for centrist Democrats serving as pen-wielding foot soldiers of American imperialism. Schrodinger’s cat would be impressed.

Of course, our profession has seen some monumental screw-ups. The failure around the Iraq war is a black mark to this day. And the infamous campus rape story in the Rolling Stone was bad enough to warrant a devastating autopsy in Columbia Journalism Review. More recently, the pile-on against 16-year-old Nick Sandmann after he smirked at a Native American man in a short video – followed by subsequent video showing things were not as simple as they appeared – is still cited by right-wingers looking to ridicule us.

But does that really explain – let alone justify – the ill will toward us? After all, it’s estimated that nearly a quarter of 1 million people die each year in the U.S. from medical errors, yet a Pew Research poll in September showed nearly three-quarters of Americans had an overall positive view of physicians. And despite catastrophes like the flooding of New Orleans after Hurricane Katrina and the I-35W bridge collapse in Minneapolis, 66% of respondents in a Gallup poll gave engineers their thumbs-up.

As for alleged partisan bias, a frequent charge is that it is evident in the stories choose to cover, also known as gatekeeper bias. Yet, a recent study pending publication in the journal Science Advances found that while journalists are indeed more likely to have liberal political views, a correspondence experiment – the kind used to detect racial and gender bias in hiring decisions – that offered journalists news stories about conservative and liberal political candidates found no liberal or conservative bias in which stories they chose to pick up.

So what gives? I have a possible answer: It’s not that we’re biased or lack credibility, but rather that people – especially those with stronger left- or right-wing views – resent that the news we report isn’t always what they want to hear. Left wingers want us to say how evil corporations and American foreign policy are, not read about quarterly earnings or troop deployments, courtesy of the view from nowhere. Right wingers are sick and tired of bad news about the Trump administration and want us to sing hymns of praise to him instead.

To give one example of what I’m talking about – and what inspired this piece – I recently had a Twitter spat with a left-winger who was of the view that the mainstream media are “garbage,” based on their failure to stop the Iraq war and their reporting on Russiagate, which many on the far left – and the right – have long dismissed as mostly or entirely a hoax.

All that reporting on Russiagate, my interlocutor charged, “stole energy” from more important stories like climate change. And, he thought to mention, the Afghanistan Papers showed how that war was a mess from the start.

I reminded him that it was a mainstream news outlet, namely the former Knight-Ridder, that reported early on that the U.N. had found no WMDs in Iraq. It was another member of the mainstream media, The Washington Post, that broke the Afghanistan Papers story. And as for Russiagate “stealing” energy, I informed him that it didn’t because news organizations had other reporters covering other stories at the same time, including on climate change. I guess he just didn’t see them.

That gets to another reason I think there’s so much mistrust and why the customer, in this particular case, is not right: Most people simply don’t understand how journalism and news media work. They don’t know where reporting and editing end and where punditry and op-eds begin, often conflating the two. They don’t know how different reporters cover different beats, how news value is assessed and how stories are assigned, instead subscribing to spooky conspiracy theories about the “MSM” deliberately concealing information or even getting things wrong on purpose.

In a way, that’s on us – we don’t usually take the time to educate the public about how we actually do our jobs. But the same is true of people in other lines of work. Most people literally don’t know how the sausage is made, yet they still eat it. And the newsgathering process was no more transparent when trust in journalists was at an all-time high than it is today.

The ultimate issue, then, is political polarization and generalized mistrust of institutions – the same forces that are causing dysfunction in Congress and driving people to risk their own and their children’s health by foregoing vaccinations.

Political polarization and institutional mistrust are intertwined, but highly complex problems that I won’t pretend to know how to solve. Private equity and hedge fund companies buying out newspapers and laying off staff – which lead to gaps in coverage, sloppier work and entire geographic areas becoming “news deserts” – represent a far greater existential threat to news media and its crucial role in a healthy democracy than people being mean on Twitter or even President Trump calling any report he doesn’t like “fake news.”

Now, that doesn’t mean we shouldn’t listen to our readers or take complaints seriously. And it goes without saying that we should strive to be as accurate, thorough, fair and ethical as humanly or super-humanly possible, making sure to correct mistakes when they happen. But all in all, I think it’s safe to say that on a macro level, we’re doing what we ought to be doing.